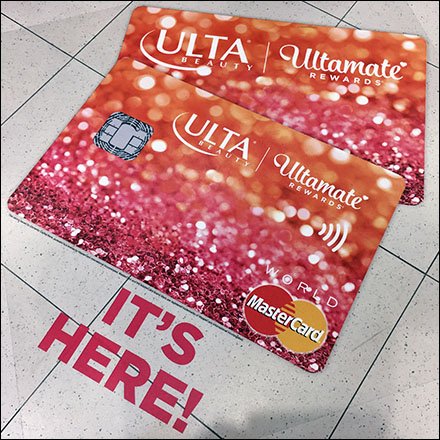 SCROLL DOWN FOR PHOTOS AND LINKS…
…to Ulta Beauty Retail Fixtures

This Ulta Beauty Retail Fixtures index page aggregates links
to all post and photos of retail merchandising, display, and outfitting
as well as deep Background courtesy of Wikipedia.

BACKSTORY: Ulta Salon, Cosmetics & Fragrance, Inc., publicly trading as Ulta Beauty, is a chain of beauty stores in the United States. Ulta Beauty carries cosmetics and skincare brands, men’s and women’s fragrances, and haircare products. Each store is also equipped with a salon. The company is headquartered in Bolingbrook, Illinois.[3]

Ulta Salon, Cosmetics and Fragrance was founded by Richard E. George, the former President of Osco Drug, Inc. Following his tenure, Terry J. Hanson, another Osco veteran, became the CEO. In September 1996, Hanson hired Charles “Rick” Weber, another Osco veteran, to be Chief Financial Officer. In December 1999, Lyn Kirby, formerly of Sears Circle of Beauty, became the President and Chief Executive Officer and Weber became Senior Executive Vice President, Chief Operating Officer and Chief Financial Officer. The two ran the business together until Weber left in September 2006 when he was selected by Tom Stemberg, founder of Staples, to become Chairman and Chief Executive officer of Rec Room Furniture and Games, Inc.[4] On October 25, 2007, the company became publicly traded on the NASDAQ. In 2008, the company opened a second distribution center in Phoenix, Arizona. On April 26, 2010, Ulta announced that Mr. Carl “Chuck” Rubin would be appointed as Chief Operating Officer, President, and as a member of the Board of Directors, effective May 10, 2010. According to public filings, Chuck Rubin earned over $11.1MM in 2010, making him one of the 20 highest paid CEOs in Chicago.[5]

On June 24, 2013, it was announced that Mary Dillon would be appointed as Chief Executive Officer and a member of the Board of Directors, effective July 1, 2013. Mary Dillon previously held positions as the former chief of U.S. Cellular and senior executive at McDonald’s and PepsiCo.[6]

In 2013, Ulta opened 125 stores in the United States, bringing their total number of locations to 675 stores. They also announced plans to open 100 more locations by the end of 2014.[10] As of January 28, 2017, Ulta operates 974 stores in 48 states and the District of Columbia.[1] A majority of Ulta Beauty stores are located in the East Coast region, however on the West Coast, California also has a large presence of company-owned stores.[11] Ulta said it aims to have 1,000 stores located in the United States sometime during 2017.[12]

Ulta has a salon located in every store nationwide. The store format includes a 950 square feet salon area with eight to ten stations. The salon has a concierge desk, skin treatment room, and semi-private shampoo and hair color processing areas. It offers services including hair cuts and hair coloring from Redken-trained hair stylists, skin treatments and facials from Dermalogica trained skin therapists, and manicures from OPI trained professionals.[16] (SOURCE: Wikipedia)