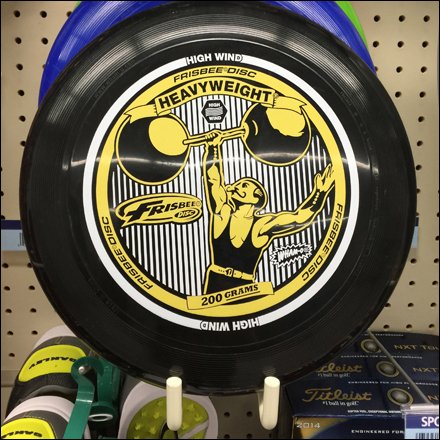 SCROLL DOWN FOR PHOTOS AND LINKS…
…to Trion Industries Fixture Showroom

This Trion Industries Fixture Showroom index page aggregates links
to all post and photos of retail merchandising, display, and outfitting
as well as deep Background courtesy of Wikipedia.

BACKSTORY: Trion Industries, Inc. was started in 1965 as a partnership by three friends who wanted to be in business together, making something different.

David Thalenfeld owned a chain of five-and-dime stores — stores much like the Woolworth Stores of the day. He was therefore familiar with the problems of inventory stocking and displays in the retail environment. He conceived the idea for a pegboard hook which didn’t have to be tilted up to put it in or remove it from the pegboard — the first straight-entry hook. This was the original Spacemaker 100/200 series hook. The design was patented by the partnership and two suppliers were found to produce the wire part, a stamped steel part, and to assemble them. Because it made it much easier to move hooks filled with cards of merchandise, and therefore easier to change displays, Woolworth’s started to buy the hooks and the new business became successful.

The company originally began in Brooklyn. After one and one-half years, one of the original partners left the concern, putting Mr. Thalenfeld and Mr. Rubin in joint control. During this period, the hooks were manufactured by Custom Metal Products of Ridgefield, NJ along with a second firm. Trion designed the products, contracted for their manufacture, warehoused, and sold them.

In 1970, Custom Metal Products was commissioned to implement another new design by Mr. Thalenfeld. They were to make a machine to produce a unique new hook with a flat metal back and a ball end. The hook became a standard in the industry and the machine design which produced it was adapted by the wire forming industry for use throughout the world. Trion continues to produce hooks of this design today, offering them in the 90, 700 and 800 series lines.

In 1978, Trion introduced the first Scanning Hook, resulting in another revolution in the marketing of products, and the tracking of inventory, sales and consumer purchasing patterns. Scanning Hooks are now commonplace in every retail environment.

Trion grew and moved several times; first to a 5,000 square foot building in Great Neck, NY in 1970, then to a 17,000 square foot building in Garden City, NY in 1977. In 1975, John Thalenfeld, the son of David Thalenfeld, joined the company, taking a position in the warehouse and doing shipping. In 1982, the firm moved to its present location in Wilkes-Barre, Pennsylvania.

As the business grew, it became necessary for Trion to manufacture its own hooks in order to be competitive and meet its commitments to customers and their ever-increasing order volumes. Custom Metal Products, the trusted and long-standing original supplier, was acquired and moved to the Wilkes-Barre location in June, 1982. Trion had purchased a building of 50,000 square feet, but, for the first year and one-half, was able to use only 25,000 square feet of the space. Nevertheless, the business continued to grow, more patents were obtained, and additional items were added to the line as well as additional machinery for manufacture.

Over the years a new warehouse has been built, connecting the original Trion building complex with the converted 75,000 square foot Northeast Drywall Building to the west. A Product Showroom, Assembly Department, Packing Department, Powdercoat Finishing line, along with select administrative offices are located in this expansion. The 180,000 square foot former Leslie Fay building to the east, was acquired and contains finished product warehouse space and the Shipping Department. Finally a 32,000 square foot addition to the main plant subassembly warehouse was completed in 1999. Today the Trion headquarters and plant complex totals 450,000 square feet.

One key to Trion’s growth has been its ongoing investment of profits in new equipment and automation. The multi-slide wire forming OMCG machines, and automated welding, enables Trion to operate at maximum efficiency and be the low-cost, leading producer in the industry. Eleven new sophisticated co-extrusion lines extend Trion’s capability in the plastics field. In 2006, a completely new powdercoating system was installed boosting production and increasing environmental protections.

This new equipment; in combination with a fine workforce; loyal, long-term experienced employees; and a dedicated supervisory staff are responsible for Trion’s ongoing success. The innovation and creativity of David Thalenfeld and the engineering staff have resulted in 117 patents, and additional product growth for the company. Though David Thalenfeld passed away in May of 2009, the legacy of his inventiveness and business acumen continue within the company, now headed solely by John Thalenfeld. (SOURCE: Trion Industries, Inc.)

“Auto-Feed Tray Based On Loop Hook”