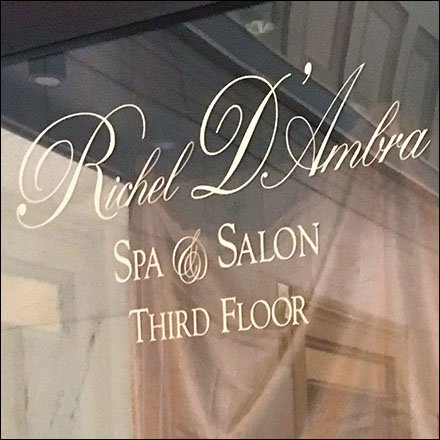 This Ritz Carlton Hotel Hospitality Retail Outfitting index page aggregates links
to all post and photos of the firm’s retail merchandising and outfitting
as well as deep Background courtesy of Wikipedia.

The current company was founded in 1983, when the previous owners sold the brand name to create The Ritz-Carlton Hotel Company, L.L.C., based in Boston, Massachusetts, which expanded the brand to other locations. The hotel company is today a subsidiary of Marriott International.[1]

The story of The Ritz-Carlton begins with Swiss hotelier César Ritz who was well known in the hotel industry as the “king of hoteliers and hotelier to kings”. Ritz redefined luxury accommodation in Europe with his management of The Ritz in Paris and the Carlton Hotel in London, among others. He and the renowned chef from his hotels, Auguste Escoffier, opened a la carte restaurants known as Ritz-Carlton on board the Hamburg-Amerika Lineocean liners SS Amerika in 1905 and SS Imperator in 1913.[2] The restaurants on those ships ceased operating in 1914 with the outbreak of World War I. Although Ritz died in 1918, his wife Marie continued the tradition of opening hotels in his name.[3]

The company grew under the leadership of President and COO Horst Schulze. Schulze instituted a company-wide concentration on both the personal and the data-driven sides of service: He coined the company’s well-known customer/employee-centered motto, “We are Ladies and Gentlemen Serving Ladies and Gentlemen” and the set of specific service values (standards) on which The Ritz-Carlton employees base service through the present day.[17] Under his leadership the hotels earned an unprecedented two Malcolm Baldrige National Quality Awards[18] and grew from four to forty U.S. locations.[19]

In 1995, Marriott International purchased a 49% stake in The Ritz-Carlton Hotel Company, and in 1998, purchased an additional 50% stake in the company giving it 99% ownership of the company when Schulze and other executives including Leonardo Inghilleri, Robert A. Warman, Peter Schoch left to form the West Paces Hotel Group, which took the name of its primary brand, Capella Hotels in December 2011.[21] In 2007, the partners also formed Solís Hotels.[22]

The Ritz-Carlton Hotel Company partnered with Bulgari in 2001 to operate a chain of hotels owned by and operated under the BVLGARI brand. The company currently has marketing agreements with Bulgari Hotels & Resorts, the Cosmopolitan of Las Vegas, the privately owned Ritz-Carlton Montreal, The Ritz Hotel London and the Hotel Ritz Madrid.

In 2011, The Ritz-Carlton, Hong Kong was opened. It is the tallest hotel in the world.

Simon Cooper joined Ritz-Carlton in 2001 as President and Chief Operating Officer taking the helm from Horst Schulze. Cooper’s mandate was to grow the chain through hotel expansion and product diversification. Under Cooper’s watch the company has aggressively expanded its hotels and added The Ritz-Carlton Residences, private residential units, and The Ritz-Carlton Destination Club, fractional ownership residences, to the company’s development program.

August 12, 2010, Ritz-Carlton announced its new President and Chief Operations Officer would be Herve Humler, one of the founders of the 1983 company, who will be responsible for leading brand operations and global growth strategy.[23] In 2015, The Ritz-Carlton, Macau was opened. It is located at the Galaxy Macau. The Ritz-Carlton, Macau is designed as a gold palace. (SOURCE: Wikipedia)