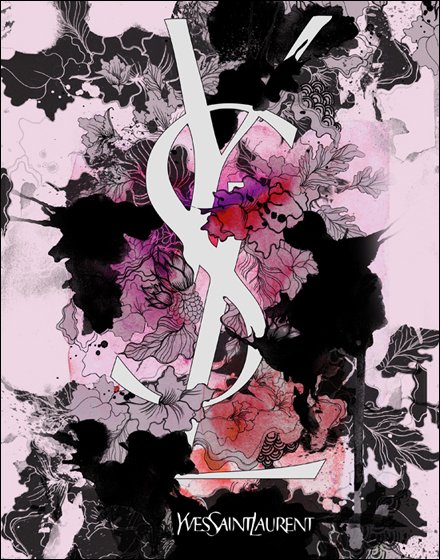 This Yves Saint Laurent Retail Fixtures index page aggregates links
to all post and photos of retail merchandising, display, and outfitting
as well as deep Background courtesy of Wikipedia.

BACKSTORY: Yves Saint Laurent (French pronunciation:  [iv sɛ̃ lɔʁɑ̃]; 1 August 1936 – 1 June 2008)[1] was a French fashion designer and is regarded as being among the foremost fashion designers in the twentieth century.[2] In 1985, Caroline Rennolds Milbank wrote, “The most consistently celebrated and influential designer of the past twenty-five years, Yves Saint Laurent can be credited with both spurring the couture’s rise from its sixties ashes and with finally rendering ready-to-wear reputable.”[3] He was able to adapt his style to accommodate the changes in fashion during that period. He approached fashion in a different perspective by wanting women to look comfortable yet elegant at the same time. He is also credited with having introduced the tuxedo suit for women and was known for his use of non-European cultural references, and non-white models.[4]

In February 2009, an auction of 733 items was held by Christie’s at the Grand Palais, ranging from paintings by Picasso to ancient Egyptian sculptures. Saint Laurent and Bergé began collecting art in the 1950s; before the sale, Bergé commented that the decision to sell the collection was taken because, without Saint Laurent, “it has lost the greater part of its significance”, with the proceeds proposed for the creation of a new foundation for AIDS research.[citation needed]

Before the sale commenced, the Chinese government tried to stop the sale of two of twelve bronze statue heads taken from the Old Summer Palace in China during the Second Opium War. A French judge dismissed the claim and the sculptures, heads of a rabbit and of a rat, sold for €15,745,000.[25] However, the anonymous buyer revealed himself to be Cai Mingchao, a representative of China’s National Treasures Fund, and claimed that he would not pay for them on “moral and patriotic grounds”.[26] The heads remained in Bergé’s possession[27] until acquired by François Pinault, owner of many luxury brands including Yves Saint Laurent. He then donated them to China in a ceremony on 29 June 2013.[28]

On the first day of the sale, Henri Matisse‘s painting Les coucous, tapis bleu et rose broke the previous world record set in 2007 for a Matisse work and sold for 32 million euros. The record-breaking sale realized 342.5 million euros (£307 million).[29] The subsequent auction, 17–20 November, included 1,185 items from the couple’s Normandy villa, was not as impressive as the first auction, and featured the designer’s last Mercedes-Benz car and his Hermès luggage.[30]

Founded in 1961 it has been considered one of the world’s most prominent fashion houses and known for its modern and iconic pieces, such as its tuxedo jackets for women. Today Saint Laurent Paris markets a broad range of women’s and men’s ready-to-wear products, leather goods, shoes, and jewellery. Yves Saint Laurent Beauté also has a notable presence in the luxury beauty market, although this is run independently through L’Oreal Paristhat licenses the name.

Designed by Slimane, the Paris flagship boutique opened in May 2013. The previous deep red and gold color scheme was replaced by a monochrome interior, with varying materials, including marble and nickel-plated bars.[17] This concept was used in the renovated Beverly Hills boutique, and its new London boutique on Sloane Street, as well as new stores in the United States. (SOURCE: Wikipedia)