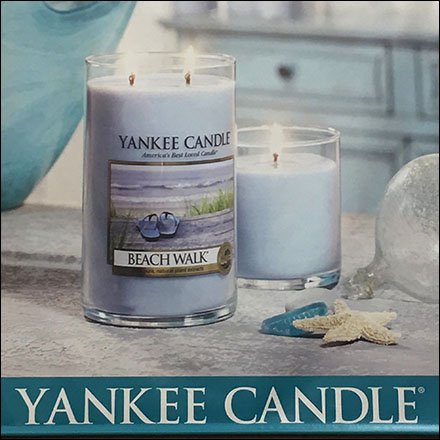 SCROLL DOWN FOR PHOTOS AND LINKS…
…to Yankee Candle Retail Fixtures

This Yankee Candle Retail Fixtures index page aggregates links
to all post and photos of retail merchandising, display, and outfitting
as well as deep Background courtesy of Wikipedia.

BACKSTORY: The Yankee Candle Company (referred to simply as Yankee Candle) is an American manufacturer and retailer of scented candles, candleholders, accessories, and dinnerware. Its products are sold by thousands of gift shops nationwide, through catalogs, and online, and in nearly 50 countries around the world. The company operates about 560 small-box format stores,[1] located in malls across all fifty 50 U.S. states, the District of Columbia, Puerto Rico, and nine locations in Ontario, Canada. The company is headquartered in South Deerfield, Massachusetts.

The Jarden Corporation agreed to buy candle maker Yankee Candle for $1.75 billion in the fall of 2013.[2] In 2015, Newell Rubbermaid announced that it would acquire Jarden for over $15 billion of cash and stock. Newell is therefore the current parent company of Yankee Candle.

Yankee Candle Company was started in South Hadley, Massachusetts when Michael Kittredge, originally from Holyoke, Massachusetts, created his first scented candle, Christmas 1969, from melted crayons as a gift for his mother.[3] Neighbors began expressing interest in buying his creations, and Kittredge began producing them in larger quantities. The company itself was founded with help from Donald MacIver and Susan Obremski, who were high school friends with Kittredge.[citation needed] MacIver helped fund the start-up business with earnings from his part-time job.[citation needed] Candle production grew considerably after Obremski’s father devised a “heated room”, which enabled cost-saving liquid wax deliveries at the first factory site in Holyoke. Obremski’s invention of a turntable taper wheel allowed production to double, while at the same time decreasing the need for more labor hours.[citation needed] In 1975, she managed the first Yankee Candle Shop located where the Village Commons in South Hadley now stands.[citation needed]

The company slowly expanded and moved to South Deerfield in 1983.

After a cancer scare in 1993, Kittredge started handing the company over to a friend and employee.[4] In 1998, he sold the company to New York-based private equity company Forstmann Little for $500 million.[4] Forstmann took the company public in 1999,[5] and in 2001, hired Craig Rydin as a CEO. Rydin launched a major advertising campaign and the line was picked up by mass retailers Linens-N-Things and Bed, Bath and Beyond, pushing sales to their highest levels yet. Kittredge remains the company’s chairman emeritus.

During the summer of 2006, Yankee Candle purchased[6] Illuminations, a Petaluma, California-based, multi-channel retailer of high quality candles and home accessories. Although the two companies were similar, the names were separated, with Illuminations being aimed at a different demographic.[6][dead link] The Illuminations brand and web store were phased out in early 2009.

On February 6, 2007, the company was acquired by the private equity group of Madison Dearborn Partners LLC for approximately $1.6 billion.[7]

The founder, Michael Kittredge, has since moved on and created Kringle Candle, with his son Michael (Mike).[8]

In 2013, Jarden acquired Yankee Candle. A further merger in 2016 saw Jarden purchased by Newell Rubbermaid and combined into the new company Newell Brands.[9]

Yankee Candle’s flagship store, which opened in 1989, is located in South Deerfield, Massachusetts. It features all available Yankee Candles as well as kitchen and home accessories, New England crafts, gifts and collectibles, a toy shop, picnic grounds and a “Bavarian Christmas Village” filled with decorated Christmas trees and a toy train that runs through to Santa’s Workshop, where animated elves and an ‘assembly line’ for wooden vehicles surround Santa Claus’s desk. Visitors can dip their own candles in a specially equipped area, make wax molds of their hands, or create their own unique candle. There is also a candle making museum. The shop’s Chandler’s Tavern serves American cuisine and fine wines.