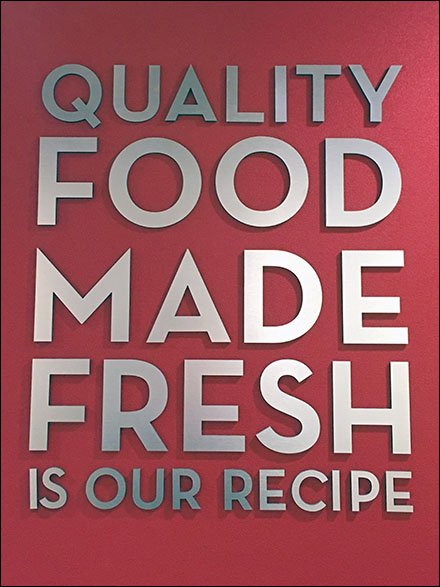 SCROLL DOWN FOR PHOTOS AND LINKS…
…to Wendys Retail Fixtures

This Wendys Retail Fixtures index page aggregates links
to all post and photos of retail merchandising, display, and outfitting
as well as deep Background courtesy of Wikipedia.

BACKSTORY: Wendy’s is an American international fast food restaurant chain founded by Dave Thomas on November 15, 1969, in Columbus, Ohio, United States. The company moved its headquarters to Dublin, Ohio, on January 29, 2006. As of 2016, Wendy’s was the world’s third largest hamburger fast food chain with 6,500+ locations, following Burger King and McDonald’s. On April 24, 2008, the company announced a merger with Triarc Companies Inc., a publicly traded company and the parent company of Arby’s. Despite the new ownership, Wendy’s headquarters remained in Dublin. Previously, Wendy’s had rejected more than two buyout offers from Triarc. Following the merger, Triarc became known as Wendy’s/Arby’s Group, and later as The Wendy’s Company.

As of January 2, 2017, there were a total of 6,537 locations, including 330 that are company-owned. 6,207 restaurants are franchised, and 77% of them are located in North America. While Wendy’s sets standards for exterior store appearance, food quality, and menu, individual owners have control over hours of operations, interior decor, pricing and staff uniforms and wages.

Wendy’s menu consists primarily of hamburgers, chicken sandwiches, French fries and beverages, including the signature Frosty, which is a soft serve frozen dairy dessert. Since phasing out their famous “Big Classic”, the company does not have a signature sandwich, such as the Burger KingWhopper or the McDonald’s Big Mac – although, by default, the “signature sandwich” spot seems to have been filled by Dave’s 1/4 lb. Single (introduced in 2011 as Dave’s Hot ‘N Juicy as a reworking of the longstanding Wendy’s Single, shortened to simply Dave’s in 2016), a square-pattied burger made with fresh ground beef rather than round frozen patties. Wendy’s uses these square hamburger patties – which hang over the edge of a circular bun – as its signature item.

The chain is known for its square hamburgers, sea salt fries and the Frosty, a form of soft serve ice cream mixed with frozen starches. The idea for Wendy’s “old fashioned” hamburgers was inspired by Dave Thomas’s trips to Kewpee Hamburgers in his home town of Kalamazoo, Michigan. The Kewpee sold square hamburgers and thick malt shakes, much like the well-known restaurant that Thomas eventually founded in Columbus, Ohio, in 1969. Square patties had corners that stuck out so that customers could easily see the quality of the meat.[4] The Columbus location later added a Tim Hortons and was closed on March 2, 2007, after 38 years of business due to declining sales.[5][6] Thomas named the restaurant after his fourth child Melinda Lou “Wendy” Thomas.[7] Photographs of her were on display at the original Wendy’s restaurant until it closed. In August 1972, the first Wendy’s franchisee, L.S. Hartzog, signed an agreement for Indianapolis, Indiana.[8] Also, in 1972, Wendy’s aired its first TV commercials that were only broadcast locally in Ohio. This series of commercials was titled “C’mon to Wendy’s” because they stressed Wendy’s superiority through the “Quality Is Our Recipe” slogan and featured an animated Wendy similar to the one from the corporate logo along with dancing hamburgers.

The first Canadian restaurant also opened in Hamilton, ON in 1976.[9] In December 1976, Wendy’s opened its 500th restaurant, located in Toronto, Ontario, Canada.

Wendy’s founded the fried chicken chain Sisters Chicken in 1978 and sold it to its largest franchiser in 1987.[10]

In 1979, the first European Wendy’s opened in Munich.[11] The same year Wendy’s became the first fast-food chain to introduce the salad bar.[12]

In response to a 1986 slowdown in the chain’s performance, Wendy’s restructured its cleanliness standards, menu, and other operational details to ensure that stores met the goals and standards of the parent company so that its franchises were competitive in the market.[18] Wendy’s closed all its outlets in Hong Kong in 1986 and in Singapore in the following year.[14][16]

A Wendy’s restaurant in Kingston, Ontario, built just before the introduction of the new logo in 2012.

From 1988 to 1990, Wendy’s expanded operations globally to Mexico, New Zealand, Indonesia, Greece, Turkey, Guatemala, as well as the U.S. Naval Base in Naples, Italy.[19][20] In 1988, Wendy’s expanded its bar to a full-blown buffet called the Superbar for $2.99. The Superbar had various stations: “Mexican Fiesta”, the Italian “Pasta Pasta,” and the “Garden Spot”, salad and fruit. The Superbar was popular but difficult to maintain thus was discontinued in 1998.[21]

In 1989, Wendy’s opened its first restaurant in Greece at Syntagma Square being the first foreign fast-food chain in the country. After opened 12 restaurants in 3 cities the company finally abandoned the Greek market in 2002.[22]

In 1996, the chain expanded in Argentina by opening 18 local restaurants. However, all of them closed only four years later due to the economic crisis in the country.[23]

Wendy’s signed a franchise agreement to re-enter the Singapore market in 2009[16] though that agreement was short-lived; in April 2015, Wendy’s ceased operation in the country and closed all the restaurants.[25]

In 2011, Wendy’s returned to Japan and Argentina announcing a development agreement for 50 restaurants in the country.[26][27] It also entered the Russian market for first time with plans to open 180 restaurants over a 10-year period.[28]

In 2014, Wendy’s closed all its restaurants in Russia.[28] In September 2014, several pork based products were introduced to be on sale until early November. These included a standard pulled pork sandwich with slaw and three sauce options, a BBQ Pulled Pork Cheeseburger and cheese fries with pulled pork, cheddar cheese sauce, onions, and barbecue sauce.[30]

In May 2015, Wendy’s announced they would be expanding into India, with its first outlet located in Gurgaon.[31]

Wendy’s is planning to sell 540 of its restaurants. The divesture is the second step in a three-step action plan to improve the brand. Other steps include new openings and remodeling of existing stores. In 2015, the brand expects to open 80 new restaurants. It will remodel 450 of its existing locations. The brand’s goal is to remodel at least 60% of its North American locations by 2020 year-end.[32] In September 2016, it was announced that JAE Restaurant Group had acquired 97 Wendy’s restaurants throughout the South Florida region.[33] JAE Restaurant Group is one of the country’s largest franchisee owners. The Group owns 177 Wendy’s Restaurants. Wendy’s Co. has been looking to remodel existing stores and upgrade the curb appeal of its locations. They have been doing this by adding fireplaces, more seating options, adding WiFi and flat screen TVs, and digital menus.[33] Wendy’s Co expects to sell 258 more restaurants during the rest of 2016. In total, they will be looking to sell $435 million of its restaurants. (SOURCE: Wikipedia)