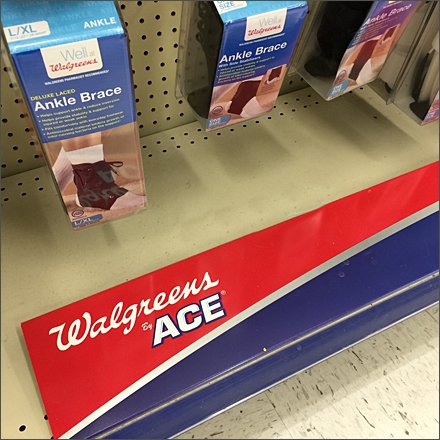 SCROLL DOWN FOR PHOTOS AND LINKS…
…to Walgreens Pharmacy Store Fixtures

This Walgreens Pharmacy Store Fixtures index page aggregates links
to all post and photos of retail merchandising, display, and outfitting
as well as deep Background courtesy of Wikipedia.

BACKSTORY: Walgreen Company, d/b/a Walgreens, is an American company that operates as the second-largest pharmacy store chain in the United States behind CVS Health.[3] It specializes in filling prescriptions, health and wellness products, health information, and photo services.[4] As of August 31, 2019, the company operated 9,277 stores in the United States. It was founded in Chicago, Illinois, in 1901. The Walgreens headquarters office is in the Chicago suburb of Deerfield, Illinois.

In 2014, the company agreed to purchase the remaining 55% of Switzerland-based Alliance Boots that it did not already own to form a global business. Under the terms of the purchase, the two companies merged to form a new holding company, Walgreens Boots Alliance Inc., on December 31, 2014. Walgreens became a subsidiary of the new company, which retains its Deerfield headquarters and trades on the Nasdaq under the symbol WBA.[5]