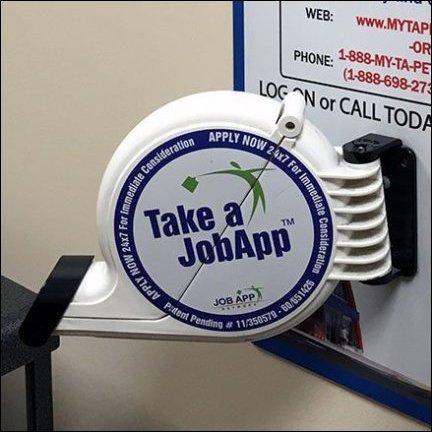 This Travel Center America Retail Fixtures index page aggregates links
to all post and photos of retail merchandising, display, and outfitting
as well as deep Background courtesy of Wikipedia.

BACKSTORY: TravelCenters of America is the largest full-service travel center company in the United States. The majority of customers are truck drivers. The corporate headquarters is located in Westlake, Ohio. The company operates under its namesake brand and the Petro Stopping Centers brand, hence the name TA and Petro Shopping Centers. TravelCenters of America also owns the Minit Mart Foods Inc. and Quaker Steak & Lube brands.

TA was founded in 1972 by Kevin Quine Murphy under the name Truckstops of America. The chain was purchased later that year by the Ryder Corporation. The chain changed owners throughout the 1980s and 1990s. In 1984, TA was bought by Standard Oil of Ohio, which was bought by BPin 1987. BP later sold the chain to The Clipper Group in 1993. In 1997, Truckstops of America merged with the National Auto/Truck Stops chain, adding 112 sites, while changing its name to TravelCenters of America. Also that year, TA bought out the first chain of national truckstops, Union 76, and closed/sold most of the old truckstops. TA kept a few and changed them over to TA locations.[2]

TA acquired a few smaller chains of stores in 1998. On August 25, 1998, the company announced it would acquire 19 Burns Bros. Travel Stops and would close two of the locations.[3] TA also acquired the 16-location Travel Ports chain of truck stops in the Eastern United States.[2] In the early 2000s, TA became an international chain with the acquisition of a truck stop in Woodstock, Ontario near Highway 401. To this date, it is the only international location.[4]

On May 31, 2007, TravelCenters of America acquired rival Petro Stopping Centers[5][6] Much like the later merger between Pilot Travel Centers and Flying J, T/A has continued to use both the T/A and Petro brands, though some Petros were later sold to rival chains or had their franchise contracts eliminated if they were within competition of a T/A location.

On October 4, 2007 Land Line magazine reported that the company would spend $135 million to fix up its truck stops. The work was expected to be completed by the end of 2008.[7][needs update] In 2008, TA was listed as 395 on the Fortune 500 list. TA’s main competitors include Love’s Travel Stops & Country Stores and Pilot Flying J.

The company launched a line of “Goasis” travel stops designed to cater to families and other non-professional drivers. The centers include family bathrooms and a wider range of food and beverage offerings.[8]

TA also operates standalone convenience stores, mostly under the MinitMart brand name. Most MinitMarts have gas stations. With the acquisition of Quaker Steak & Lube, TA is now in the business of operating standalone restaurants as well.