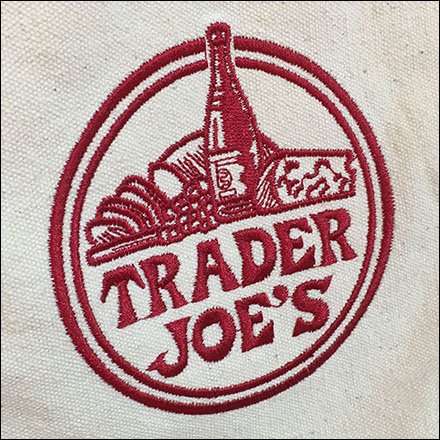 SCROLL DOWN FOR PHOTOS AND LINKS…
…to Trader Joes Retail Fixtures

This Trader Joes Retail Fixtures index page aggregates links
to all post and photos of retail merchandising, display, and outfitting
as well as deep Background courtesy of Wikipedia.

BACKSTORY: Trader Joe’s is an American chain of grocery stores based in Monrovia, California, owned by a German private equity family trust[4] . As of May 19, 2017, Trader Joe’s had 464 stores nationwide in 41 states and in Washington, D.C.[1] By 2015, it was a competitor in “fresh format” grocery stores in the United States.[5][6]

Trader Joe’s was founded by Joseph “Joe” Coulombe. From 1979, it was owned by Aldi Nord‘s German owner Theo Albrecht until his death in 2010, when ownership passed to his heirs.[7] Aldi Nord entirely owns and operates Trader Joe’s through an Albrecht family trust.[8] The company has offices in Monrovia, California, and Boston, Massachusetts.[9]

Trader Joe’s is named after its founder, Joe Coulombe. The chain began in 1958 as a Greater Los Angeles area chain of Pronto Market convenience stores.[10] The original Pronto Markets were so similar to 7-Eleven that Coulombe felt the competition with 7-Eleven would be ruinous.[11]

Coulombe is said to have developed the idea of the Trader Joe’s South Seas motif while on vacation in the Caribbean.[12] The Tiki culture fad of the 1950s and 1960s was fresh in the cultural memory, and Trader Vic’s was at its height with 25 locations worldwide. He had noticed that Americans were traveling more and returning home with tastes for food and wine they had trouble satisfying in supermarkets of the time.

The first store branded as “Trader Joe’s” opened in 1967. This store, on Arroyo Parkway in Pasadena, California, remains in operation. In the first few decades of operation, some of the stores offered fresh meats provided by butchers who leased space in the stores. Trader Joe’s at one time had sandwich shops, freshly cut cheese and freshly squeezed orange juice.

Germany’s Theo Albrecht of Aldi Nord bought the company in 1979 as a personal investment for his family.[7] Coulombe was succeeded as CEO by John Shields in 1987. Under his leadership the company expanded beyond California, moving into Arizona in 1993 and into the Pacific Northwest two years later.[2] In 1996, the company opened its first stores on the East Coast: in Brookline and Cambridge both outside Boston.[2] Shields retired in 2001 when Dan Bane succeeded him as CEO after being the President of the Western Division. When Bane became CEO there were 156 stores in 15 states.[13]

EDITOR’S NOTE: Trader Joes Retail Fixtures
Topmost posts may be scheduled but not yet live.
Please click further down the list if necessary.