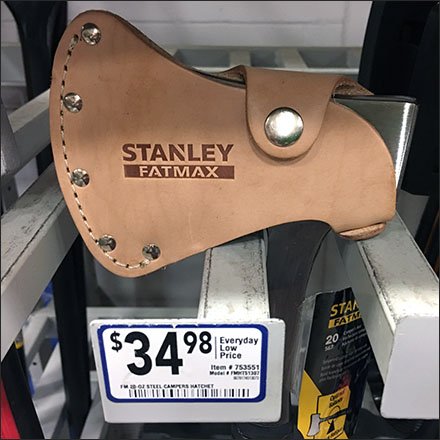 This Stanley Hand Tool Retail Fixtures index page aggregates links
to all post and photos of retail merchandising, display, and outfitting
as well as deep Background courtesy of Wikipedia.

BACKSTORY: Stanley Hand Tools is a brand of hand tools. It is a division of Stanley Black & Decker, following the merger of The Stanley Works with Black & Decker in March 2010.[1]

The Stanley Works was founded by Frederick T. Stanley in 1843, originally a bolt and door hardware manufacturing company located in New Britain, Connecticut.

The Stanley Rule and Level Company was founded in 1857 by Henry Stanley in New Britain, Connecticut. In 1920, this company merged with the separate but related Stanley Works, founded by Henry Stanley’s cousin Frederick Trent Stanley, and continued operating as its hand tools division.[2]

Stanley is a well known brand of tools and has produced millions of hand planes, saws, rulers, try squares, chisels, screwdrivers, and many other types of tools for consumer and for industrial use. Their innovations include the Bailey plane, the Surform shaper, the PowerLock tape measure, the utility knife(called the “Stanley knife” in British English), and an unusual multitool known as the Stanley #1 Odd Jobs. (SOURCE: Wikipedia)

Stanley Fall Rakes by the Half Pallet in Cross-Swrod Stance