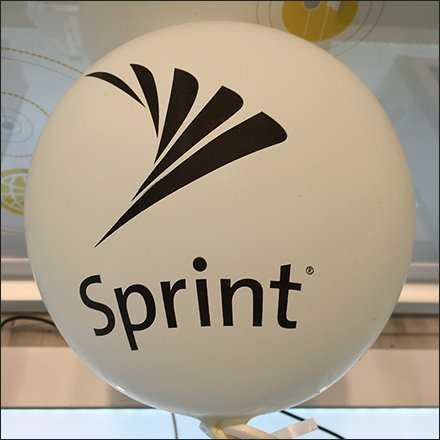 SCROLL DOWN FOR PHOTOS AND LINKS…
…to Sprint Retail Fixtures

This Sprint Retail Fixtures index page aggregates links
to all post and photos of tretail merchandising, display, and outfitting
as well as deep Background courtesy of Wikipedia.

BACKSTORY: Sprint Corporation, commonly referred to as Sprint, is an American telecommunications holding company that provides wireless services and is an internet service provider. It is the fourth largest mobile network operator in the United States, and serves 59.7 million customers, as of April 2017.[8]The company also offers wireless voice, messaging, and broadband services through its various subsidiaries under the Boost Mobile, Virgin Mobile, and Assurance Wireless brands, and wholesale access to its wireless networks to mobile virtual network operators. The company is headquartered in Overland Park, Kansas. In July 2013, a majority of the company was purchased by Japanese telecommunications company SoftBank Group Corp.,[9]although the remaining shares of the company continue to trade on the New York Stock Exchange.[citation needed]

Sprint traces its origins to the Brown Telephone Company, which was founded in 1899 to deploy telephone service to the rural area around Abilene, Kansas. In 2006, Sprint exited the local landline telephone business, spinning those assets off into a newly created company named Embarq, which later became a part of CenturyLink. The company continues to be one of the largest long distance providers in the United States.

Prior to 2005, the company was also known as the Sprint Corporation, but took the name Sprint Nextel Corporation when it merged with Nextel Communications that year. In 2013, following the shutdown of the Nextel network and concurrent with the acquisition by SoftBank, the company returned to using simply Sprint Corporation. In July 2013, as part of the SoftBank transactions, Sprint acquired the remaining shares of wireless broadband carrier Clearwire Corporation which it did not already own.

On August 6, 2014, it was announced that CEO Dan Hesse would be replaced by Marcelo Claure, effective August 11, 2014. Claure is the founder and former CEO of wireless supplier Brightstar.[10]

Sprint Corporation traces its origins to the Brown Telephone Company, which was founded in 1899 by Cleyson Brown and Jacob Brown to deploy telephone service to the rural area around Abilene, KS.[11] The Browns installed their first long-distance circuit in 1900 and chartered their own company in October 1902.

In March 1903, they joined with 14 other Kansas independents to incorporate the Union Telephone and Telegraph Company, which would provide long-distance service to Kansas City.

C.L. Brown formed United Telephone and Electric (UT&E) in 1925 in order to purchase stock in subsidiary companies across widely scattered geographical areas. Brown’s UT&E eventually controlled more than 68 other companies, more than two-thirds of which were telephone companies.

The Great Depression caused more than three million telephone subscribers to give up their phone service between 1931 and 1933. Consequently, UT&E suffered severe financial strain and had to seek protection to reorganize under bankruptcy laws. All but six of UT&E’s 85 companies survived, with some showing profits again in 1936. During the reorganization, a number of companies were merged and later phased out. The reorganization plan received final approval in late 1937.

UT&E was dissolved, and its assets were placed in a newly formed company, United Utilities, Incorporated, in 1938.

When Paul H. Henson became president of United Utilities in 1964, he almost immediately reorganized the company in accordance with C.L. Brown’s belief that centralizing some of the company’s functions would result in greater efficiency, cost reductions, and growth. In 1972, United Utilities changed its name to United Telecommunications, commonly referred to as “United Telecom”. In 1980, United Telecom launched a national X.25 data service, Uninet. To enter the long-distance voice market, United Telecom acquired ISACOMM in 1981 and US Telephone in 1984. In 1983, United Telecom began offering cellular telephone services in their territories under the brand name “Telespectrum”.

The Sprint service was first marketed in six metropolitan areas: New York City, Boston, Philadelphia, Los Angeles, San Diego, and Anaheim. The switches were located in Los Angeles and New York. A customer was required to have a private line connection to one of these switches in order to use the service and paid an access fee per private line. Access was also available by dialing an access number to connect to the SPRINT switch. Customers were then billed at 2.6 cents per tenth of a minute increment.[citation needed]

In 1982, SPC and GTE entered into merger negotiations, and in 1983, they merged under the name “GTE Sprint”.

EDITOR’S NOTE: Sprint Retail Fixtures
Topmost posts may be scheduled but not yet live.
Please click further down the list if necessary