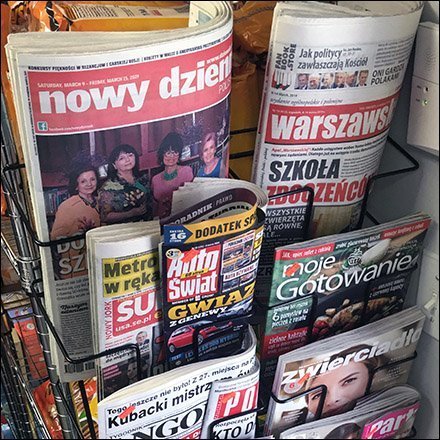 SCROLL DOWN FOR PHOTOS AND LINKS…
…to Solomia Ethnic Polish Grocery

This Solomia Ethnic Polish Grocery index page aggregates links
to all post and photos of retail merchandising, display, and outfitting
as well as deep Background courtesy of Wikipedia.

BACKSTORY: Polish cuisine (Polish: Kuchnia polska) is a style of cooking and food preparation originating in or widely popular in Poland. Polish cuisine has evolved over the centuries to become very eclectic due to Poland’s history and it shares many similarities with other West Slavic countries like neighbouring Czech and Slovak. It has also been widely influenced by other Central European cuisines, namely German, Austrian and Hungarian[1] as well as Jewish,[2] French, Turkish and Italian culinary traditions.[3] Polish-styled cooking in other cultures is often referred to as à la polonaise.

Polish cuisine is rich in meat, especially pork, chicken and beef, in addition to a wide range of vegetables, spices, and herbs.[4] It is also characteristic in its use of various kinds of noodles as well as cereals and grains.[5] In general, Polish cuisine is hearty and heavy in its use of butter, cream, eggs and extensive seasoning. The traditional dishes are often demanding in preparation. Many Poles allow themselves a generous amount of time to serve and enjoy their festive meals, especially Christmas Eve supper (Wigilia) or Easter breakfast, which could take a number of days to prepare in their entirety.

A traditional Polish dinner is composed of three courses, beginning with a soup like the popular rosół broth and tomato soup. At restaurants, the soups are followed by an appetizer such as herring (prepared in either cream, oil, or in aspic); or other cured meats and vegetable salads. The main course usually includes a serving of meat, such as roast, breaded pork cutlet, or chicken, with a surówka [suˈrufka], shredded root vegetables with lemon and sugar (carrot, celeriac, seared beetroot) or sauerkraut. The side dishes are usually boiled potatoes, rice or less commonly kasza. Meals often conclude with a dessert including makowiec, a poppy seed pastry, napoleonka cream pie or sernikcheesecake.

Internationally, if a Polish culinary tradition is used in other cuisines it is referred to as à la polonaise, from French meaning ‘Polish-style’. In France the use of butter instead of cooking oil, frying vegetables with buttered breadcrumbs, minced parsley and boiled eggs as well as adding horseradish, lemon juice or sour cream to sauces like Velouté is know under this term.[8][9] (SOURCE: Wikipedia)