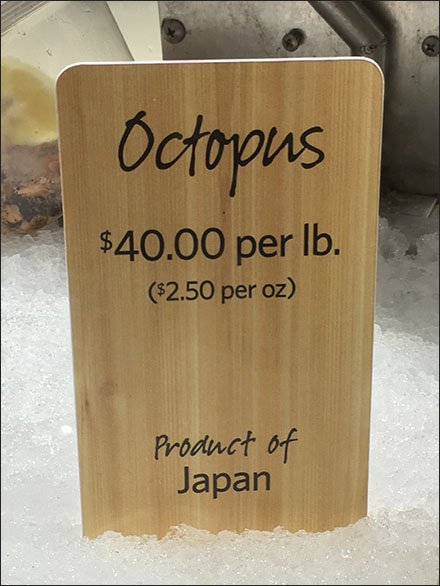 SCROLL DOWN FOR PHOTOS AND LINKS…
…to Wood Shingle Sign Substrate

This Wood Shingle Sign Substrate index page aggregates links
to all post and photos of retail merchandising, display, and outfitting
as well as deep Background courtesy of Wikipedia.

BACKSTORY: Wood shingles are thin, tapered pieces of wood primarily used to cover roofs and walls of buildings to protect them from the weather. Historically shingles were split from straight grained, knot free bolts of wood. Today shingles are mostly made by being cut which distinguishes them from shakes which are made by being split out of a bolt.

Wooden shingle roofs were prevalent in the North American colonies (for example in the Cape-Cod-style house), while in central and southern Europe at the same time, thatch, slate and tile were the prevalent roofing materials. In rural Scandinavia, wood shingle roofs were a common roofing material until the 1950s.[disputed – discuss] Wood shingles are susceptible to fire and cost more than other types of shingle so they are not as common today as in the past.