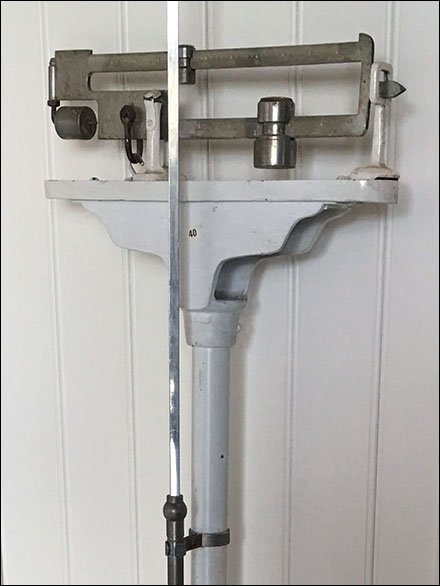 SCROLL DOWN FOR PHOTOS AND LINKS…
…to Scales and Weighing Devices

This Scales and Weighing Devices index page aggregates links
to all post and photos of retail merchandising, display, and outfitting
as well as deep Background courtesy of Wikipedia.

BACKSTORY: A scale or balance is a device to measure weight or mass. These are also known as mass scales, weight scales, mass balances, and weight balances.

The traditional scale consists of two plates or bowls suspended at equal distances from a fulcrum. One plate holds an object of unknown mass (or weight), while known masses are added to the other plate until static equilibrium is achieved and the plates level off, which happens when the masses on the two plates are equal. The perfect scale rests at neutral. A spring scale will make use of a spring of known stiffness to determine mass (or weight). Suspending a certain mass will extend the spring by a certain amount depending on the spring’s stiffness (or spring constant). The heavier the object, the more the spring stretches, as described in Hooke’s law. Other types of scales making use of different physical principles also exist.

Some scales can be calibrated to read in units of force (weight) such as newtons instead of units of mass such as kilograms. Scales and balances are widely used in commerce, as many products are sold and packaged by mass. (SOURCE: Wikipedia)

For all Scales and Weighing Devices resources…