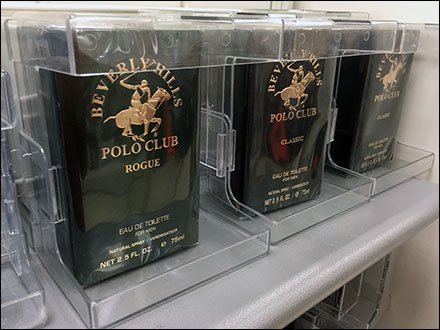 SCROLL DOWN FOR PHOTOS AND LINKS…
…to Anti-Theft Safer Box

This Anti-Theft Safer Box index page aggregates links
to all post and photos of retail merchandising, display, and outfitting
as well as deep Background courtesy of Wikipedia.

BACKSTORY: A safe (also called a strongbox or coffer) is a secure lockable box used for securing valuable objects against theft and/or damage from fire. A safe is usually a hollow cuboid or cylinder, with one face being removable or hinged to form a door. The body and door may be cast from metal(such as steel) or formed out of plastic through blow molding. Bank teller safes typically are secured to the counter, have a slit opening for dropping valuables into the safe without opening it, and a time-delay combination lock to foil robbers/and or thieves. One significant distinction between types of safes is whether the safe is secured to a wall or structure or if it can be moved around. A less secure version (only suitable for petty cash) is usually called a cash-box. (SOURCE: Wikipedia)