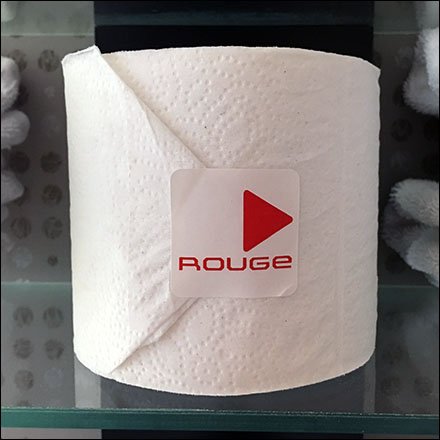 SCROLL DOWN FOR PHOTOS AND LINKS…
…to Rouge Hotel Retail Fixtures

This Rouge Hotel Retail Fixtures index page aggregates links
to all post and photos of retail merchandising, display, and outfitting
as well as deep Background courtesy of Wikipedia.

BACKSTORY: Kimpton Rouge Hotel is a 137-room boutique hotel located at 16th Street Northwest and Rhode Island Avenue in Washington, D.C..[1] Located at Scott Circle across from the Australian embassy, Hotel Rouge is one of 11 Kimpton hotel properties in the Washington Metropolitan Area.[2] Originally a 1967 apartment building and then a Quality hotel, Kimpton Rouge Hotel opened on December 14, 2001 and is owned by LaSalle Hotel Properties of Bethesda, Maryland.[1] The building was purchased in 2001 and underwent a $14 million renovation along with the nearby Topaz Hotel.[3]

Kimpton hired Mike Moore, a product designer and interior decorator, to come up with the hotel’s name and design. Moore chose “Rouge” and the crimson color scheme that is throughout the hotel after watching the film Moulin Rouge. Red walls, leopard print carpeting, white upholstery furniture, white shag carpets, and photographs of women were inspired by interior designers Jean-Michel Frank, Albert Hadley, and Philippe Starck.[1][4]

BACKSTORY: At Kimpton Rouge Hotel, we prefer life delivered with a little heat. In our festive guestrooms and suites, the vivid red decor inspires and invigorates, and the amenities encourage a mixture of hard work and hard play. Socialize in our bold and spicy Living Room, where you’ll find morning coffee and tea as well as evening wine; mingle with friends both new and old among the sleek leather couches and brilliant animal-print patterns that overflow with personality. Our bustling Bar Rouge emanates a foxy appeal, while meeting and event spaces prove inspiring alcoves in which to attend to business and fun. No matter the reason they’ve arrived at our crimson-tinged retreat, guests leave feeling intoxicated by the social dynamism and endless spontaneity that buzzes throughout this welcoming Dupont gem. (SOURCE: The Rouge)

Patriotic Hospitality Retail At The Rouge