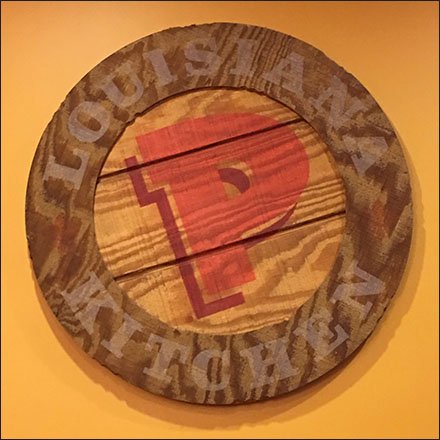 This Popeyes Louisiana Kitchen Retail Fixtures index page aggregates links
to all post and photos of retail merchandising, display, and outfitting
as well as deep Background courtesy of Wikipedia.

BACKSTORY: Popeyes is an American multinational chain of fried chicken fast food restaurants founded in 1972 in New Orleans, Louisiana. Since 2008, its full brand name is Popeyes Louisiana Kitchen, Inc.[2] and it was formerly named Popeyes Chicken & Biscuits[3] and Popeyes Famous Fried Chicken & Biscuits.[4] It is currently a subsidiary of Restaurant Brands International.

According to a company press release dated June 29, 2007, Popeyes is the second-largest “quick-service chicken restaurant group, measured by number of units”, after KFC.[5] More than 2,600 Popeyes restaurants are in more than 40 states and the District of Columbia, Puerto Rico, and 30 countries worldwide.[6] About thirty locations are company-owned, the rest franchised.[7]

Popeyes Mighty Good Fried Chicken was founded in Arabi, Louisiana, a suburb of New Orleans in St. Bernard Parish. It first opened its doors on June 12, 1972, as “Chicken on the Run”.[8] Owner Al Copelandwanted to compete with Kentucky Fried Chicken. As the company’s history states, it sold “traditional mild fried chicken [but] business was slow, and the chicken team realized they’d have to sell a spicier alternative to their standard chicken recipe if they wanted to impress flavor-seeking New Orleanians.” Copeland started franchising his restaurant in 1976, beginning in Baton Rouge, Louisiana. Over the next ten years it added approximately 500 outlets. B.P. Newman of Laredo, Texas, acquired several franchises in Texas and surrounding states. Two hundred additional locations were added during a period of slower expansion.

By 1990, Copeland Enterprises was in default on $391 million in debts, and in April 1991, the company filed for bankruptcy protection. In October 1992, the court approved a plan by a group of Copeland’s creditors that resulted in the creation of America’s Favorite Chicken Company, Inc. (AFC) to serve as the new parent company for Popeyes and Church’s, another fast food chain specializing in chicken.[9] AFC went public in 2001 with initial public offering (IPO) of $142,818,479.[10] On December 29, 2004, AFC sold Church’s to Arcapita, formerly Crescent Capital Investments, retaining Popeyes.[citation needed]

On June 17, 2014, Popeyes announced it had re-acquired full control of its seasonings, recipes, and other proprietary food preparation techniques from Diversified Foods & Seasonings, which remained under the control of Al Copeland and his estate after the creditor sale of Popeyes to AFC. Popeyes had continued to license the seasonings, recipes, and techniques from DF&S for a yearly ‘spice royalty’, before buying them outright for $43 million. DFS remains the main supplier for Popeyes until at least 2029.[11] As of 2017, Popeyes has over 2,600 restaurants worldwide according to its website.[3] (SOURCE: Wikipedia)