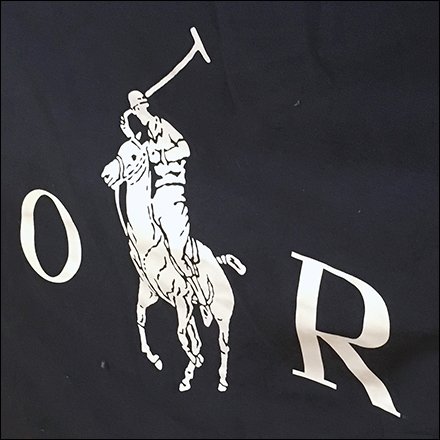 This Polo Ralph Lauren Retail Fixtures index page aggregates links
to all post and photos of the brand’s retail merchandising and outfitting
as well as deep Background courtesy of Wikipedia.

i/ˈrælf ˈlɔːrən/; born Ralph Lifshitz; October 14, 1939) is an American fashion designer, philanthropist, and business executive, best known for the Ralph Lauren Corporation, a global multibillion-dollar enterprise. He has also become well known for his collection of rare automobiles, some of which have been displayed in museum exhibits. Lauren stepped down as Chief Executive Officer of the company in September 2015 but remains its Executive Chairman and Chief Creative Officer.[2] As of October 2016, Forbes estimates his wealth at $5.5 billion, which makes Ralph Lauren the 233rd richest person in the world.[3]

From 1962 to 1964 he served in the United States Army and left to work briefly for Brooks Brothers as a sales assistant before becoming a salesman for a tie company.[10] The Ralph Lauren Corporation started in 1967 with men’s ties. At 28 years-old, Lauren worked for the tie manufacturer Beau Brummell, where he convinced the company’s president to let him start his own line.[11]

Drawing on his interests in sports, Ralph Lauren named his first full line of menswear ‘Polo’ in 1968. He worked out of a single “drawer” from a showroom in the Empire State Building and made deliveries to stores himself.[12] By 1969, the Manhattan department store Bloomingdale’s sold Lauren’s men line exclusively. It was the first time that Bloomingdale’s had given a designer their own in-store boutique.

In 1971, Ralph Lauren Corporation launched a line of tailored shirts for women, which introduce the Polo player emblem to the world for the first time, appearing on the shirt’s cuff. The first full women’s collection was launched the following year. 1971 also marked the opening of Ralph Lauren’s store on Rodeo Drive in Beverly Hills, California. This is the first freestanding store for an American designer.[13]

In 1972 the Ralph Lauren Corporation introduced a signature cotton mesh Polo shirt in various colors. Featuring the polo player logo at the chest, the shirt became emblematic of the preppy look—one of Ralph Lauren’s signature styles. The tag line for the ad campaign was: “Every team has its color — Polo has seventeen.”[14]

In 1974 he outfitted the male cast of The Great Gatsby in costumes from his Polo line – a 1920s-style series of men’s suits and sweaters, except for the pink suit which Lauren designed especially for Robert Redford’s Jay Gatsby. In 1977, Diane Keaton and Woody Allen wore Lauren’s clothes throughout their Oscar-winning film, Annie Hall.[15]

The first Ralph Lauren fragrances, produced by Warner-Lauren, Ltd. were launched at Bloomingdale’s in March 1978. Lauren, a fragrance for women, on March 12 and Polo, cologne for men, on March 26. This was the first time that a designer has introduced two fragrances – one for men and one for women – simultaneously.The company entered the European market, and went international, in 1981 with the opening of the first freestanding store for an American designer on New Bond Street in the West End of London, England.

Ralph Lauren opened his first flagship in the Rhinelander mansion, on Madison Avenue and 72nd Street in New York City in 1986. Lauren re-created the building’s original opulence with a young design consultant named Naomi Leff, with whom he had previously worked on Ralph Lauren Home.[16] The Polo Sport line was introduced in 1992 followed by over ten additional lines and acquired brands, including Ralph Lauren Purple Label in 1995 and Lauren Ralph Lauren in 1996.

On June 12, 1997, the company became a publicly traded company on the New York Stock Exchange.[17]

The 98-seat restaurant, RL, opened in March 1999 in a newly constructed building adjacent to the largest Ralph Lauren store at the corner of Chicago and Michigan Avenues. It was followed by the opening of two additional restaurants – Ralph’s at 173 Boulevard Saint Germain Paris flagship store in 2010 and The Polo Bar at Polo’s flagship in New York in 2015.[18]

The company launched its official web site, and online shop in 2000 as polo.com by RL Media (a cooperation between Ralph Lauren and NBC). In 2007, Ralph Lauren Corporation acquired the NBC share of RL Media and the web site was relaunched as ralphlauren.com. In 2008, Ralph Lauren Corporation launched a brand called American Living, exclusively for JCPenney. It was the largest cross-category brand launch in the history of Ralph Lauren and JCPenney. On 29 September 2015, it was announced that Stefan Larsson would replace the company’s founder, Ralph Lauren, as CEO in November. Lauren will stay on as executive chairman and chief creative officer.[19]

On December 20, 1964, he married Ricky Ann Low-Beer in New York City. Ricky is the daughter of Margaret Vytouch, and Rudolph Low-Beer. The two met six months earlier, in a doctor’s office where Ricky was working as a receptionist and on alternative days teaching dance.[20] She is the author of The Hamptons: Food, Family and History.[21]

They have three children. Andrew Lauren (b. 1969) is a film producer and actor.[22] David Lauren (b. 1971) is Executive Vice President of Global Advertising, Marketing, and Communications at Ralph Lauren Corporation. In September 2011, he married Lauren Bush, the granddaughter of former U.S. President George H. W. Bush.[23] Dylan Lauren (b. 1974), owner of Dylan’s Candy Bar in New York City, was married in June 2011 to hedge fund manager, Paul Arrouet. On Monday, April 13, 2015.[24]

In early 1987, Ralph Lauren was diagnosed with a benign brain tumor. In April 1987 he underwent surgery to remove the tumor and made a full recovery.[25]