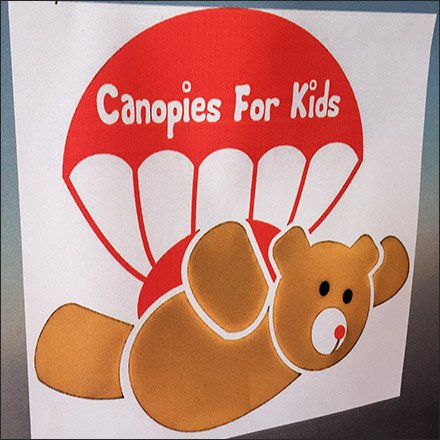 SCROLL DOWN FOR PHOTOS AND LINKS…
…to Pocono Skydivers Retail Fixtures

This Pocono Skydivers Retail Fixtures index page aggregates links
to all post and photos of the brand’s retail merchandising and outfitting
as well as deep Background courtesy of Wikipedia.

BACKSTORY: Above the Poconos Skydivers, has been serving the New York, NJ and Pennsylvania skydiving community since 1961 making us THE oldest continuously running, same management, USPA member skydiving center in the World. This Northeast PA skydiving center is run by Don Kellner, the man who holds the Guinness World Record for the most sport parachute jumps. Our areas of expertise include fun jumps, tandem skydiving, advanced skydiving lessons, freefall photography, and FAA certified parachute rigging. (SOURCE: Wikipedia)

BACKSTORY: Parachuting, or skydiving, is a method of transiting from a high point to Earth with the aid of gravity, involving the control of speed during the descent with the use of a parachute. It may involve more or less free-fall, a time during which the parachute has not been deployed and the body gradually accelerates to terminal velocity.

The first parachute jump in history was made by Andre-Jacques Garnerin, the inventor of the parachute, on October 22, 1797. Garnerin tested his contraption by leaping from a hydrogen balloon 3,200 feet above Paris. Garnerin’s parachute bore little resemblance to today’s parachute’s however as it was not packed into any sort of container and did not feature a ripcord.[1]The first intentional freefall jump with a ripcord-operated deployment was not made until over a century later by Leslie Irvin in 1919.[2] While Georgia Broadwick made an earlier freefall in 1914 when her static line became entangled with her jump aircraft’s tail assembly, her freefall descent was not planned. Broadwick cut her static line and deployed her parachute manually, only as a means of freeing her self from the aircraft to which she had become entangled.[3]

The military developed parachuting technology as a way to save aircrews from emergencies aboard balloons and aircraft in flight, and later as a way of delivering soldiers to the battlefield. Early competitions date back to the 1930s, and it became an international sport in 1952.[how?]

Parachuting is performed as a recreational activity and a competitive sport, widely considered an extreme sport due to the risks involved. Modern militaries utilize parachuting for the deployment of airborne forces and supplies, and special operations forces commonly employ parachuting, especially free-fall parachuting, as a method of insertion. Occasionally forest firefighters, known as “smokejumpers” in the United States, use parachuting as a means of rapidly inserting themselves near forest fires in especially remote or otherwise inaccessible areas.

Manually exiting an aircraft and parachuting to safety has been widely used by aviators (especially military aviators and aircrew), and passengers to escape an aircraft that could not otherwise land safely. While this method of escape is relatively rare in modern times, it was commonly used in World War I by military aviators, and utilized extensively throughout the air wars of World War II. In modern times, the most common means of escape from an aircraft in distress is via an ejection seat. Said system is usually operated by the pilot, aircrew member, or passenger, by engaging an activation device manually. In most designs, this will lead to the seat being propelled out of and away from the aircraft carrying the occupant with it, by means of either an explosive charge or a rocket propulsion system. Once clear of the aircraft, the ejection seat will deploy a parachute, although some older models entrusted this step to manual activation by the seat’s occupant.

National parachuting associations exist in many countries, many affiliated with the Fédération Aéronautique Internationale (FAI), to promote their sport. In most cases, national representative bodies, as well as local drop zone operators, require that participants carry certification attesting to their training their level of experience in the sport, and their proven competence. Anyone who cannot produce such bona-fides is treated as a student, requiring close supervision.[citation needed]

The sole organization in the United States is the United States Parachute Association (USPA), which issues licenses and ratings, governs skydiving, and represents skydiving to government agencies. USPA publishes the Skydivers Information Manual (SIM) and many other resources. In Canada, the Canadian Sport Parachuting Association is the lead organization. In South Africa, the sport is managed by the Parachute Association of South Africa, and in the United Kingdom by the British Parachute Association. In Brazil the CNP (Comapnhia Nacional de Paraquedismo) sets in Boituva, where many records have been broken and where it is known for being the 2nd largest center in the world and the largest in the Southern Hemisphere.[citation needed]

Within the sport, associations promote safety, technical advances, training-and-certification, competition and other interests of their members. Outside their respective communities, they promote their sport to the public and often intercede with government regulators.

Competitions are organized at regional, national and international levels in most these disciplines. Some of them offer amateur competition.

Many of the more photogenic/videogenic variants also enjoy sponsored events with prize money for the winners.

The majority of jumpers tend to be non-competitive, enjoying the opportunity to skydive with their friends on weekends and holidays. The atmosphere of their gatherings is relaxed, sociable and welcoming to newcomers.[citation needed] Skydiving events, called “boogies”, are arranged at local, national and international scale each year, which attracting both young jumpers and their elders – Parachutists Over Phorty (POPs), Skydivers Over Sixty (SOS) and even older groups. (SOURCE: Wikipedia)