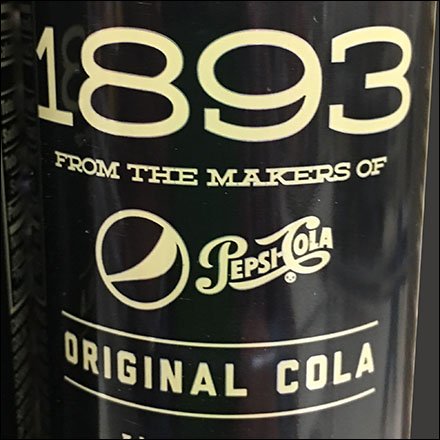 SCROLL DOWN FOR PHOTOS AND LINKS…
…to Pepsi Retail Fixtures

This Pepsi Retail Fixtures index page aggregates links
to all post and photos of the brand’s retail merchandising and outfitting
as well as deep Background courtesy of Wikipedia.

BACKSTORY: Pepsi is a carbonated soft drink produced and manufactured by PepsiCo. Originally created and developed in 1893 and introduced as Brad’s Drink, it was renamed as Pepsi-Cola on August 28, 1898, and then as Pepsi in 1961. It is currently known in North America alternatively as Pepsi-Cola as of 2014.[1]

The drink Pepsi was first introduced as “Brad’s Drink”[2] in New Bern, North Carolina, United States, in 1893 by Caleb Bradham, who made it at his drugstore where the drink was sold. It was renamed Pepsi Cola in 1898 after the root of the word “dyspepsia” and the kola nutsused in the recipe. The original recipe also included sugar and vanilla.[3] Bradham sought to create a fountain drink that was appealing and would aid in digestion and boost energy.[2]

In 1903, Bradham moved the bottling of Pepsi-Cola from his drugstore to a rented warehouse. That year, Bradham sold 7,968 gallons of syrup. The next year, Pepsi was sold in six-ounce bottles, and sales increased to 19,848 gallons. In 1909, automobile race pioneer Barney Oldfield was the first celebrity to endorse Pepsi-Cola, describing it as “A bully drink…refreshing, invigorating, a fine bracer before a race.” The advertising theme “Delicious and Healthful” was then used over the next two decades.[4] In 1926, Pepsi received its first logo redesign since the original design of 1905. In 1929, the logo was changed again.

In 1931, at the depth of the Great Depression, the Pepsi-Cola Company entered bankruptcy—in large part due to financial losses incurred by speculating on the wildly fluctuating sugar prices as a result of World War I. Assets were sold and Roy C. Megargel bought the Pepsi trademark.[3]Megargel was unsuccessful, and soon Pepsi’s assets were purchased by Charles Guth, the President of Loft, Inc. Loft was a candy manufacturer with retail stores that contained soda fountains. He sought to replace Coca-Cola at his stores’ fountains after Coke refused to give him a discount on syrup. Guth then had Loft’s chemists reformulate the Pepsi-Cola syrup formula.

On three separate occasions between 1922 and 1933, The Coca-Cola Company was offered the opportunity to purchase the Pepsi-Cola company, and it declined on each occasion.[5]

The original trademark application for Pepsi-Cola was filed on September 23, 1902 with registration approved on June 16, 1903. In the application’s statement, Caleb Bradham describes the trademark and indicated that the mark was in continuous use for his business since August 1, 1901. The Pepsi-Cola’s description is a flavoring syrup for soda water. The trademark expired on April 15, 1904.

A second Pepsi-Cola trademark is on record with the USPTO. The application date submitted by Caleb Bradham for the second trademark is Saturday, April 15, 1905, with the successful registration date of April 15, 1906, over three years after the original date. Curiously, in this application, Caleb Bradham states that the trademark had been continuously used in his business “and those from whom title is derived since in the 1905 application the description submitted to the USPTO was for a tonic beverage”. The federal status for the 1905 trademark is registered and renewed and is owned by PepsiCo of Purchase, New York.

In 2014, the 1940 wordmark was used again and replacing the current wordmark on many cans.

In the United States, Pepsi is made with carbonated water, high fructose corn syrup, caramel color, sugar, phosphoric acid, caffeine, citric acid, and natural flavors. A can of Pepsi (12 fl ounces) has 41 grams of carbohydrates (all from sugar), 30 mg of sodium, 0 grams of fat, 0 grams of protein, 38 mg of caffeine, and 150 calories.[55][56] The caffeine-free Pepsi-Cola contains the same ingredients but without the caffeine.

In August 2010, PepsiCo entered into a 4-year agreement with Senomyx for the development of artificial high-potency sweeteners for PepsiCo beverages. Under the contract, PepsiCo is paying $30 million to Senomyx for the research and future royalties on PepsiCo products sold using Senomyx technology. According to PepsiCo, this collaboration will focus on the discovery, development, and commercialization of sweet enhancers, with the purpose of providing lower-calorie PepsiCo beverages. PepsiCo will have exclusive rights to the Senomyx sweet flavor ingredients developed through the collaboration.[57]

In September 2012 Pepsi launched a new product called Pepsi Next which contains 30% less sugar and added Stevia as a zero calorie sweetener. The product was rolled out in Australia and was launched in the US on February 27, 2013.[58] (SOURCE: Wikipedia)

EDITOR’S NOTE: Pepsi Retail Fixtures
Topmost posts may be scheduled but not yet live.
Please click further down the list if necessary