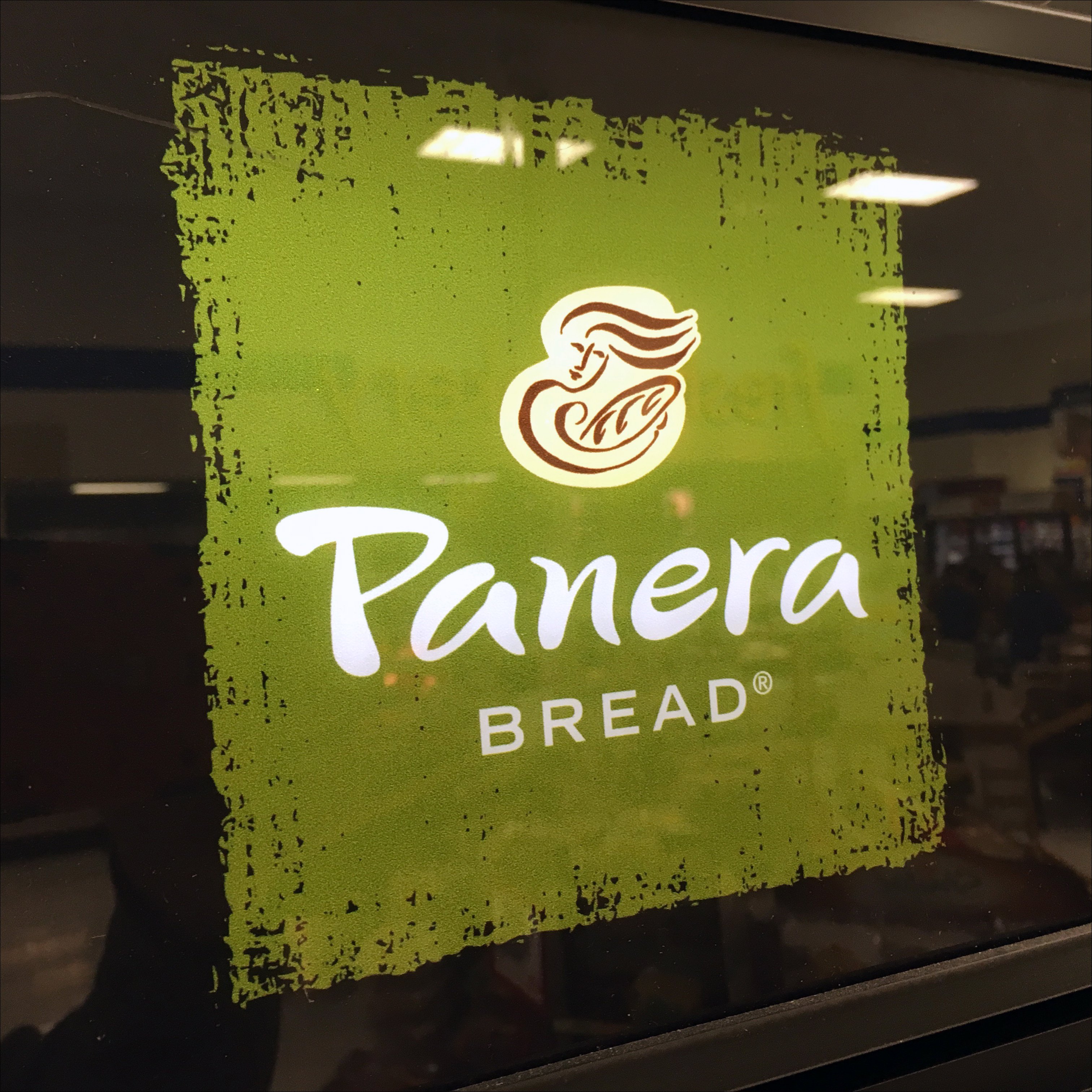 SCROLL DOWN FOR PHOTOS AND LINKS…
…to Panera Bread Retail Fixtures

This Panera Bread Retail Fixtures index page aggregates links
to all post and photos of the brand’s retail merchandising and outfitting
as well as deep Background courtesy of Wikipedia.

BACKSTORY: Panera Bread Company is an American chain of bakery-café fast casual restaurants in the United States and Canada. Its headquarters are in Sunset Hills, Missouri, a suburb of St. Louis, and operates as Saint Louis Bread Company in the St. Louis metropolitan area.[3][4] Offerings include soups, salads, pasta, sandwiches, specialty drinks, and bakery items.

In May 1999, to expand Panera Bread into a national restaurant, Au Bon Pain Co. sold its other chains, including Au Bon Pain, which is now owned by Compass Group North America.[7] Panera Bread moved into its new headquarters in Richmond Heights, Missouri in 2000.[8] The company operates or franchises more than 1900 Panera Bread bakery-cafés in 46 states[5] and 20 facilities that deliver fresh dough to the bakery-cafés every day. Panera Bread’s CEO is Ron Shaich.[9]

In the St. Louis area where it was founded, Panera Bread still operates under the name St. Louis Bread Company. The St. Louis metropolitan area has over 101 locations.

In 2005, Panera ranked 37th on BusinessWeek‘s list of “Hot Growth Companies”, earning $38.6 million with a 42.9% increase in profits.[10][11] In 2007, Panera Bread purchased a majority stake in Paradise Bakery & Café, a Phoenix-based concept with over 70 locations in 10 states (predominantly in the west and southwest). The company purchased the balance of Paradise in June 2009.[5] On January 25, 2008, a class action lawsuit was filed against Panera Bread alleging Panera failed to disclose material adverse facts about the company’s financial well-being, business relationships, and prospects.[12] Panera settled the lawsuit and agreed to pay $5.75 million to shareholders while admitting no wrongdoing.[13][14] In 2008 Panera Bread expanded into Canada, beginning with Richmond Hill, Thornhill, Oakville, and Mississauga in the Toronto area.[15][16] In 2009 and 2012, the restaurant review service Zagat named Panera one of the most popular restaurants for eating on the go.[17] Panera was also rated No. 1 for Best Healthy Option,[18] Best Salad,[17] and Best Facilities, among restaurants with fewer than 5,000 locations.[18]

In mid-2014, Panera unveiled “Panera 2.0,” a series of integrated technologies to enhance the guest experience for all consumers no matter how they choose to use Panera. Panera 2.0 brings together new capabilities for digital ordering, payment, operations and, ultimately, consumption to create an enhanced guest experience for “to go” and “eat in” customers. A notable feature of Panera 2.0 involves interactive tablet kiosks, which the company calls Fast Lane, where customers may place an order and pay without approaching the counter.[22][29] The kiosks consist of iPads.[30] In addition to the kiosks, customers could also place orders and pay via an app on their own smartphone or tablet.[31] (SOURCE: Wikipedia)