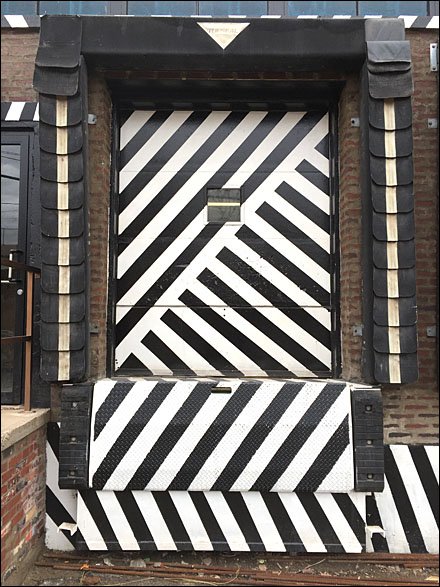 SCROLL DOWN FOR PHOTOS AND LINKS…
…to Maines Source Retail Fixtures

BACKSTORY: Sysco Corporation is an American multinational corporation involved in marketing and distributing food products to restaurants, healthcare and educational facilities, hotels and inns, and other foodservice and hospitality businesses. The company is headquartered in the Energy Corridor district of Houston, Texas.[3]

Sysco, an acronym for Systems and Services Company, is the world’s largest broadline food distributor; it has more than 400,000 clients in a wide array of fields. Management consulting is also an integral part of their services. As of July 2, 2005, the company operated 170 facilities throughout the United States and Canada.

The company was founded by Herbert Irving, John F. Baugh and Harry Rosenthal in 1969.[4] The company became public on March 3, 1970. On July 20, 2009, Fortune magazine ranked Sysco No. 204 in the annual Fortune 500 companies in world based on sales volume. On May 3, 2010, Fortune ranked Sysco as the 7th largest Fortune 500 Company in Texas and 55th largest in the U.S. by total revenue.[5]Sysco is also the largest non-oil related company in Houston and the third largest non-oil related company in Texas (Behind AT&T and Dell).[5]

In December 2013, Sysco announced an $8.2 billion planned acquisition of its next-largest food distribution rival, US Foods.[6] After a U.S. federal judge ruled that the combined company would control 75 percent of the U.S. food service industry, Sysco terminated its merger with US Foods.[7]

In 2002, Sysco purchased SERCA Foodservices and renamed it Sysco Canada. SERCA had been owned by the supermarket giant Oshawa Group, which was acquired by Sobeys in 1998.

In 2009 Sysco acquired Pallas foods, the largest food distributor in the Republic Of Ireland. Continuing the expansion of their Irish offerings, in 2012 Sysco purchased Crossgar Foodservice for an undisclosed amount.[9]

EDITOR’S NOTE: Maines Source Retail Fixtures
Topmost posts may be scheduled but not yet live.
Please click further down the list if necessary.