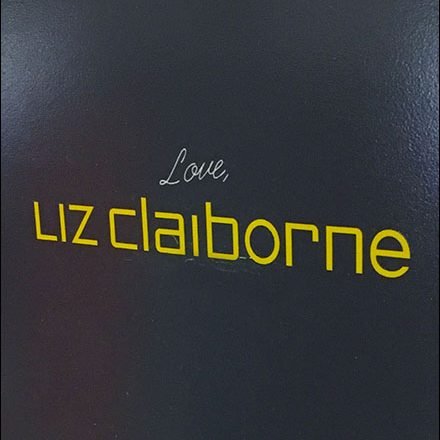 SCROLL DOWN FOR PHOTOS AND LINKS…
…to Liz Claiborne Retail Fixtures

This Liz Claiborne Retail Fixtures index page aggregates links
to all post and photos of the brand’s retail merchandising,
point-of-purchase displays, and outfitting.

BACTSTORY: Anne Elisabeth Jane Claiborne (March 31, 1929 – June 26, 2007) was a Belgian-born American fashion designer and businesswoman.[1] Her success was built upon stylish yet affordable apparel for career women featuring colorfully tailored separates that could be mixed and matched. Claiborne is best known for co-founding Liz Claiborne Inc., which in 1986 became the first company founded by a woman to make the Fortune 500 list.[2] Claiborne was the first woman to become chair and CEO of a Fortune 500company.[3]

Claiborne was born in Brussels to American parents. She came from a prominent Louisiana family with an ancestor, William C. C. Claiborne, who served as Louisiana’s first governor after statehood, during the War of 1812.[2]

In 1939, at the start of World War II, the family returned to New Orleans.[2] Claiborne attended St. Timothy’s, a boarding school then in Catonsville, Maryland, and currently in Stevenson, Maryland.

Rather than finishing high school, Claiborne went to Europe to study art in the studios of painters.[4] Her father did not believe that she needed an education, so she studied art informally.[4]

Claiborne became frustrated by the failure of the companies that employed her to provide clothes for working women, so, with Art Ortenberg, Leonard Boxer, and Jerome Chazen, she launched her own design company, Liz Claiborne Inc., in 1976.[2] It was an immediate success, with sales of $2 million in 1976 and $23 million in 1978.[6] By 1988, it had acquired one-third of the American women’s upscale sportswear market.[4]

Marketing strategies Claiborne developed changed the nature of retail stores. For example, Claiborne insisted that her line of clothing be displayed separately, as a department to itself and including all of the items she offered. This was the first time customers were able to select many types of clothing articles by brand name alone in one location of a department store. That tradition for the grouping of special brands has become the typical arrangement for name brands in contemporary stores.

Claiborne listed all employees in her corporate directory in alphabetical order, to circumvent what she perceived as male hierarchies.[4] She controlled meetings by ringing a glass belland became famous for her love of red—”Liz Red.”[4] She sometimes would pose as a saleswoman to see what average women thought of her clothes.[4]

Claiborne’s first marriage was to Ben Shultz, but it ended in divorce.[8] In 1957, she married her co-worker, textile executive[8] Arthur Ortenberg (who survived her death, himself dying in 2014).[9] She had a son from her first marriage, Alexander G. Schultz, and two stepchildren from her second marriage, Neil Ortenberg and Nancy Ortenberg.[2][8]

Claiborne retired from active management in 1989. By that stage, she had acquired other companies, notably Kayser-Roth, which produced Liz Claiborne accessories.[2] Her husband retired at the same time, leaving the other founders as the active managers.

In retirement, Claiborne and Ortenberg established a foundation that distributed millions in funding to environmental causes, including funding the television series Nature on PBS [2]and nature conservancy projects around the world.[8][9] She received an Honorary Doctorate of Fine Arts from the Rhode Island School of Design.[3]

Claiborne had been advised in May 1998 that she had a rare form of cancer affecting the lining of the abdomen.[8] Liz Claiborne died on June 26, 2007, at the age of 78, following a long battle with the cancer.[10]

Jerome Chazen became the company’s Chairman in 1989 and held that role until 1996, when Paul Charron became Chairman and C.E.O. and held that position until 2006. On May 15, 2012, Liz Claiborne Inc. officially became Fifth & Pacific, Inc., shifted focus, launched new brands, and began marketing directly to customers. The original brand was sold. (SOURCE: Wikipedia)