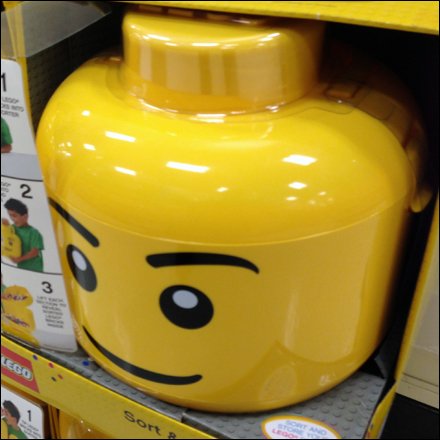 SCROLL DOWN FOR PHOTOS AND LINKS…
…to Lego Merchandising

This Lego Merchandising index page aggregates links
to all post and photos of retail merchandising, display, and outfitting
as well as deep Background courtesy of Wikipedia.

BACKSTORY: Lego (Danish: [ˈleːɡo];[1][2] stylised as LEGO) is a line of plastic construction toys that are manufactured by The Lego Group, a privately held company based in Billund, Denmark. The company’s flagship product, Lego, consists of colourful interlockingplastic bricks accompanying an array of gears, figurines called minifigures, and various other parts. Lego pieces can be assembled and connected in many ways to construct objects including vehicles, buildings, and working robots. Anything constructed can then be taken apart again, and the pieces used to make other objects.[3][4]

The Lego Group began manufacturing the interlocking toy bricks in 1949. Movies, games, competitions, and six Legolandamusement parks have been developed under the brand. As of July 2015, 600 billion Lego parts had been produced.[5] In February 2015, Lego replaced Ferrari as Brand Finance’s “world’s most powerful brand”.[6] (SOURCE: Wikipedia)

Lego Star Wars And More This Week Only