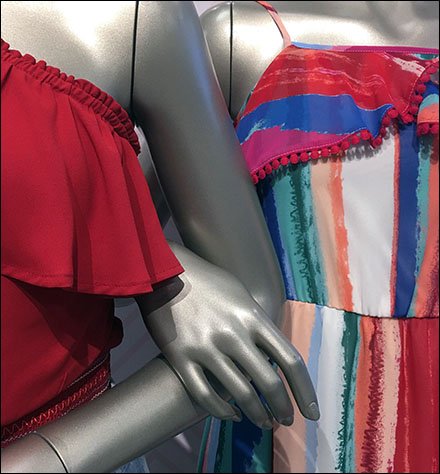 SCROLL DOWN FOR PHOTOS AND LINKS…
…to Kohl’s Retail Fixtures

This Kohl’s Retail Fixtures index page aggregates links
to all post and photos of retail merchandising, display, and outfitting
as well as deep Background courtesy of Wikipedia.

BACKSTORY for Kohl’s Retail Fixtures: The Kohl’s Corporation is an American department store retailing chain. The first Kohl’s store was a corner grocery store opened in Milwaukee, Wisconsin in 1927 by Maxwell Kohl. The company’s first department store opened in September 1962  British American Tobacco Company took a controlling interest in the company in 1972, and in 1979, the Kohl family left the management of the company. A group of investors purchased the company in 1986 from British-American Tobacco and took it public in 1992. Kohl’s is the second-largest department store by retail sales in the United States.

The company is headquartered in the Milwaukee suburb of Menomonee Falls, Wisconsin, operating 1,162 stores in 49 states. Kohl’s is America’s largest department store chain by the number of stores as of February 2013—surpassing its biggest competitor, J.C. Penneyin May 2012. In 1998, it entered the S&P 500 list, and is also listed in the Fortune 500 (#146 in 2012). The chain was the 20th-largest retailer in the United States in 2013 in terms of revenue. As of 2013, Kohl’s was the second largest U.S. department store company by retail sales.

Maxwell Kohl, who had operated traditional grocery stores since 1927, built his first supermarket in 1946, the first in what would become a southeastern Wisconsin chain known as Kohl’s Food Stores. In 1962, after building Kohl’s Food Stores into the largest supermarket chain in the Milwaukee area, Kohl opened his first department store, Kohl’s Department Store, in Brookfield, Wisconsin. He positioned Kohl’s between the higher-end department stores and the discounters, selling everything from candy to engine oil to sporting equipment.

In 1972 the British-American Tobacco Company‘s U.S. retail division, BATUS Inc., bought a controlling interest in Kohl’s Corporation, which at the time operated 50 grocery stores, six department stores, three drug stores and three liquor stores. The Kohl family, led by Allen and Herb Kohl, continued to manage the company. The family left the management in 1979, and Herbert Kohl became a United States Senator and owner of the Milwaukee Bucks. The firm then expanded Kohl’s presence from 10 to 39 stores in Wisconsin, Illinois and Indiana. The grocery stores were sold to A&P in 1983, operating under the name Kohl’s Food Store, and later Kohl’s Food Emporium. In February 2003, A&P put the Kohl’s Food Stores up for sale, as part of an effort to reduce debt. In 2003, A&P closed all Kohl’s Food Stores locations.

A group of investors led by the senior management, purchased the company consisting of 40 department stores, in 1986. The company added 27 more stores over the next two years. In 1988, the chain acquired 26 locations from Chicago-based MainStreet, gaining several stores in Chicago’s suburbs, Minneapolis-St. Paul, and parts of Michigan. Kohl’s completed its initial public offering on May 19, 1992 and began trading on the New York Stock Exchange under the symbol KSS.

To raise money to repurchase its stock and open new stores, Kohl’s sold its credit card division in 2006 to J.P. Morgan Chase for $1.5 billion. In 2011, Kohl’s replaced Chase with Capital One as their private credit card processing partner for an undisclosed sum.

In 2007, Kohl’s began selling a diffusion line from designer Vera Wang called Simply Vera. Since then, it has also sold diffusion lines from other high-end designers including Narciso Rodriguez and Peter Som.

Newsweek magazine ranked Kohl’s 18th out of 500 overall and first in its industry in its 2009 “Green Rankings”, an examination of 500 of the largest corporations on their environmental track records. Newsweek remarked that Kohl’s had the largest solar power program of any retailer globally, it pursues green building certification, and over 78 locations in six states have solar panels. In 2008, Kohl’s started to sell reusable shopping bags.

In 2012, Kohl’s was awarded 62.5 million dollars in tax credits the same year from the Wisconsin Economic Development Corporation. The retailer was to create 3,000 jobs with the funds, but only created 473. In the same year, Kohl’s requested financing from Menomonee Falls, Wisconsin to finance the building of a new headquarters in the municipality. Kohl’s received 2 million dollars, the first of five installments that would equal a total payout of 12 million dollars, and then backed out of the transaction.

In 2015, Kohl’s opened a test store built around selling only returned, yet as new clothing, home goods, jewelry, and accessories. The store, called Off Aisle by Kohl’s, will sell items at a marked down price, and all sales from the store will be final.

Kohl’s uses a “racetrack” aisle that circles the entire store, a technique borrowed from discount stores. In 2011, Kohl’s announced plans to remodel 100 of its 1,100 locations. Changes included redone store sections, fitting rooms, and newer merchandise displays.[39] In 2012, a consumer investigation by CBS News discovered that Kohl’s had engaged in the practice of marking up products in the weeks before a sale in order to make products appear as if they were being sold at discounted prices and artificially inflating the amount of the price mark-down.