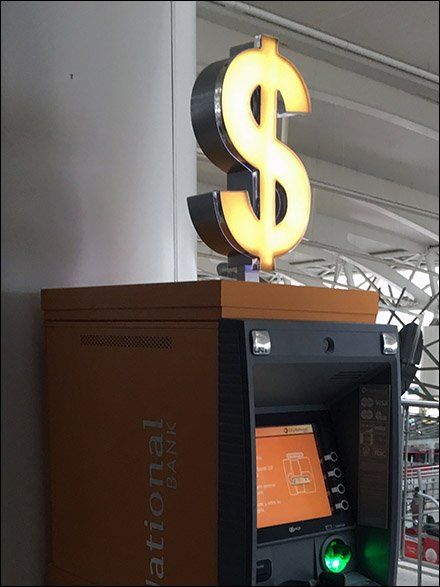 This JFK International Airport Retail Fixtures index page aggregates links
to all post and photos of retail merchandising, display, and outfitting
as well as deep Background courtesy of Wikipedia.

JFK is located in the neighborhood of Jamaica in the borough of Queens, in New York, 16 miles (30 km) southeast of Midtown Manhattan. The airport features six passenger terminals and four runways. It serves as a hub for both American Airlines and Delta Air Lines, and it is the primary operating base for JetBlue Airways. In the past, JFK was a hub for Pan Am, TWA, Eastern, National, and Tower Air.

Opened as New York International Airport in 1948,[8][9] it was commonly known as Idlewild Airport[10] before being renamed in 1963 in memory of John F. Kennedy, the 35th President of the United States, following his assassination.[11][12][13] (SOURCE: Wikipedia)

Formal Firearm Warning from the TSA