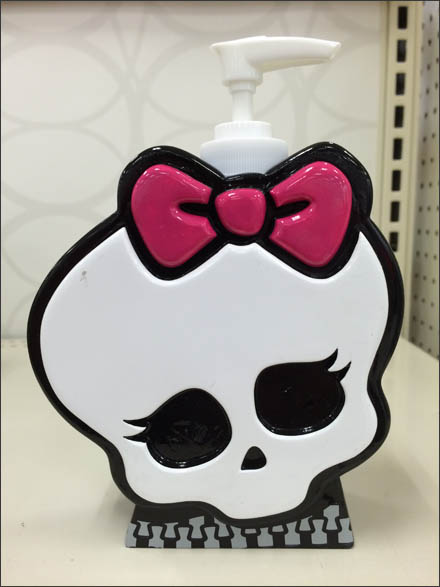 This Goth Merchandising And Goth Store Fixtures index page aggregates links
to all posts and photos of retail merchandising, display, and outfitting
as well as deep Background courtesy of Wikipedia.

BACKSTORY: The goth subculture adopts dark fashion elements such as black clothing, dyed black hair, dark eyeliner, black fingernails, and black period-styled clothing[1] and a focus on gothic rock and a range of other music genres. The goth subculture began in England during the early-1980s where it was developed from the gothic rock scene, itself an offshoot of the post-punk genre. Notable post-punk groups that presaged that genre include Siouxsie and the Banshees, Joy Division and Bauhaus. The goth subculture has survived much longer than others of the same era, and has continued to diversify and spread throughout the world. Its imagery and cultural proclivities indicate influences from the 19th century Gothic literature and gothic horror films.

The goth subculture has associated tastes in music, aesthetics, and fashion. The music of the goth subculture encompasses a number of different styles, including gothic rock, industrial, deathrock, post-punk, darkwave, ethereal wave and neoclassical. Styles of dress within the subculture range from deathrock, punk and Victorian styles, or combinations of the above, most often with dark attire (often black), pale face makeup and black hair. The scene continues to draw interest from a large audience decades after its emergence. In Western Europe, there are large annual festivals, mainly in Germany. (SOURCE: Wikipedia)

For all Goth Merchandising And Goth Store Fixtures resources see…