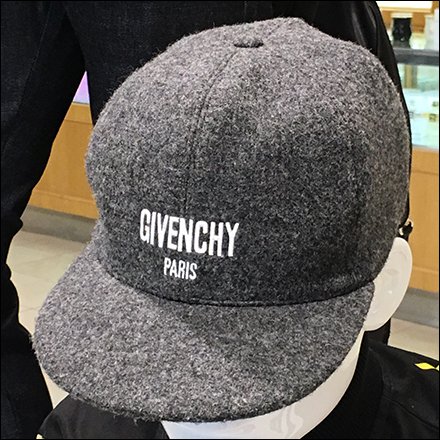 SCROLL DOWN FOR PHOTOS AND LINKS…
…to Givenchy Retail Display Fixtures

This Givenchy Retail Display Fixtures index page aggregates links
to all post and photos of retail merchandising, display, and outfitting
as well as deep Background courtesy of Wikipedia.

BACKSTORY: Givenchy (French pronunciation: ​[ʒivɑ̃ʃi]) is a French luxury fashion and perfume house. It hosts the brand of haute coutureclothing, accessories and Parfums Givenchy, perfumes and cosmetics. The house of Givenchy was founded in 1952 by designer Hubert de Givenchy and is a member of Chambre Syndicale de la Haute Couture et du Pret-a-Porter. It is owned by luxury group LVMH and in 1993 achieved a total sales worth of $176 million, making it the second largest apparel division of LVMH after Dior.

In 1952, Hubert de Givenchy founded his own luxury house and launched a new collection Les Séparables with some floaty skirts and puffy blouses made from raw cotton.[1]

Givenchy achieved critical acclaim with Vogue magazine praising his “wonderful first collection”14. The collection included the Bettina Blouse a white shirt named in honour of Bettina Graziani, which was then immortablized by one of Gruau’s paintings.[citation needed]

The New York Times magazine published an article entitled “A Star Is Born” and l’Album du Figaro also wrote a feature stating that “In one night, Hubert de Givenchy became one of fashion’s most famous children with his first collection.”[citation needed]

In terms of innovation, he used ‘shirting’, a raw cotton similar to pattern paper, to create his chic and casual collections.[2]

In 1954, Hubert de Givenchy presented the first shirt dress (which later evolved in to a sack dress in 1957). He was the first high fashion designer to create a luxury ready-to-wear clothing line, called “Givenchy Université”, which was produced in Paris using machinery imported from the United States.[3] Before he was able to sign for this new collection, Hubert de Givenchy bought all the shares of his fashion house back from Louis Fontaine.

In 1956, both Cristóbal Balenciaga and Hubert de Givenchy presented their collection in New York during a charity gala in aid of the American hospital in Paris.[4]

In 1957, the House of Balenciaga introduced the sack dress for the first time. In 1958, Cristóbal Balenciaga launched the ‘Baby Doll’ line, along with the coats line ‘Ballon’.

In 1959, the Givenchy studio moved to number 3, Avenue George V in Paris, opposite Balenciaga’s.. The same year, Givenchy and Balenciaga announced that their respective collections would be shown to the press one month after their presentation to the buyers, in order to avoid any dictate.

On the advice of Cristóbal Balenciaga, Givenchy developed his licences in the seventies, in order to protect the heart of the fashion house: the Haute Couture collections.[5] In 1971, he designed a collection of embroidered coats in honour of Georges Braque and Joan Miró.

During this period, the House of Givenchy diversified its activities to create shoes, jewellery, ties, tableware, upholstery and kimonos. Hubert de Givenchy was chosen to design the interior of Hilton hotels around the world, and even a car (the Lincoln Continental Mark V).[6]

Later, Hubert de Givenchy was elected the personality of the year 1979 and the most elegant man of the year by The Best Magazine.[7]

In 1982, a retrospective presided by Audrey Hepburn was organized by the Fashion Institute of Technology of New York.[8]

Next year Hubert de Givenchy is named « chevalier de la Légion d’Honneur » and in 1985, Jacques Lang, the French minister of the Culture, gave him the Oscar dedicated to the art of elegance during a celebration at the Opera in Paris.[7]

Knowles,[18] Princess Grace of Monaco[19] and even Wallis Simpson, for whom he created some special garment bags, preserving the duchess’ orders from the curiosity of clients. They would later become known as ‘blue Wallis’.[20] Today, Givenchy dresses the most famous Hollywood stars such as Cate Blanchett, Emma Stone, Julianne Moore, Julia Roberts, Rooney Mara…[21]