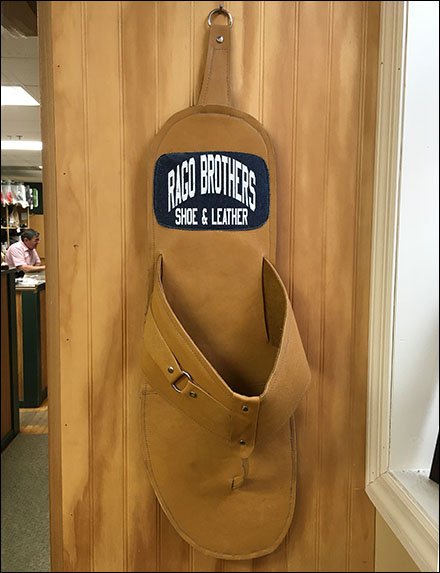 This Flip Flop Display / Sandal Display index page aggregates links
to all post and photos of retail merchandising, display, and outfitting
as well as deep Background courtesy of Wikipedia.

BACKSTORY: Flip-flops are a type of sandal typically worn as a form of casual wear. They consist of a flat sole held loosely on the foot by a Y-shaped strap known as an upper that passes between the first and second toes and around both sides of the foot.

This style of footwear has been worn by the people of many cultures throughout the world, originating as early as the ancient Egyptians in 1,500 B.C. The modern flip-flop descends from the Japanese zōri, which became popular after World War II when soldiers returning to the United States brought them back. They became popular unisex summer footwear starting in the 1960s.[citation needed]  (SOURCE: Wikipedia)

BACKSTORY: Sandals are an open type of footwear, consisting of a sole held to the wearer’s foot by straps going over the instep and, sometimes, around the ankle. Sandals can also have a heel. While the distinction between sandals and other types of footwear can sometimes be blurry (as in the case of huaraches—the woven leather footwear seen in Mexico, and peep-toe pumps), the common understanding is that a sandal leaves all or most of the foot exposed. People may choose to wear sandals for several reasons, among them comfort in warm weather, economy (sandals tend to require less material than shoes and are usually easier to construct), and as a fashion choice.

Usually, people wear sandals in warmer climates or during warmer parts of the year in order to keep their feet cool and dry. The risk of developing athlete’s foot is lower than with enclosed shoes, and the wearing of sandals may be part of the treatment regimen for such an infection. (SOURCE: Wikipedia)

For Sandal Display by title see…

“Retail Those Flip Flops for Fun Only”