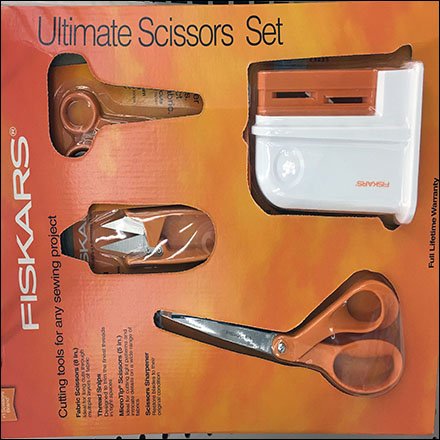 This Fiskars Retail Fixtures And Merchandising index page aggregates links
to all post and photos of retail merchandising, display, and outfitting
as well as deep Background courtesy of Wikipedia.

BACKSTORY: The Fiskars Corporation (Fiskars Oyj Abp) is a consumer goods company founded in 1649 in Fiskars Village (Finnish: Fiskarsin Ruukki), a locality now in the town of Raseborg, Finland, about 100 kilometres (62 mi) west of Helsinki. Fiskars’ global headquarters are located in the Arabianranta district of Helsinki, Finland.

Fiskars is best known for its orange-handled scissors, created in 1967. The company operates as an integrated consumer goods company and has two strategic business units: SBU Living and SBU Functional.[3]

The Fiskars Corporation was formed in 1649 when a Dutch merchant named Peter Thorwöste was given by Christina, Queen of Sweden a charter to establish a blast furnace and forging operation in the small village of Fiskars; however he was not permitted to produce cannons.[4] Making it the oldest privately owned company in Finland[5]. The furnace produced pig iron that was shingled to wrought iron in the finery forges powered by water wheels. In the early years, Fiskars made nails, wire, hoes, and metal reinforced wheels from wrought iron.

In the late eighteenth century, copper was discovered in nearby Orijärvi and thus the focus of production shifted to processing copper from the Orijärvi mine. For almost 80 years, Fiskars main source of business came from copper however, by the nineteenth century there was little copper left in Orijärvi.[6]

In 1822 the apothecary Johan Jacob Julin (later, von Julin) from Turku acquired the Fiskars ironworks and village. During this time the ironworks were actively developed and production focused on processing iron. In 1832 the first cutlery mill in Finland was founded in Fiskars with the production range increasing from knives to include forks and scissors.

Fiskars is perhaps best known for its scissors and their distinct orange colored handles. The first pair was manufactured in 1967 and had prototypes with handles in black, red, green and orange. After an internal vote at Fiskars, the orange color was chosen. That same orange color, Fiskars Orange, was officially registered as a trademark in Finland in 2003 and in the US in 2007.[6] In 1977, Fiskars founded a scissors factory in the United States to provide a basis for international trade and further expansion.

In 2007 Fiskars acquired both Iittala[7] and Leborgne[8] which strengthened the company’s position in the kitchenware and table top categories as well as the garden tools business. The acquisition of Royal Copenhagen in 2013 complemented Fiskars tableware offering with hand-painted porcelain and strengthened the company in the Nordic countries and in Asia. In 2015, Fiskars acquired the WWRD group of companies (WWRD)[9] and its portfolio of luxury home and lifestyle brands, which include Waterford, Wedgwood, Royal Doulton, Royal Albert and Rogaška. (SOURCE: Wikipedia)

For Fiskars Retail Fixtures And Merchandising by title see…

For all Fiskars Retail Fixtures And Merchandising resources…