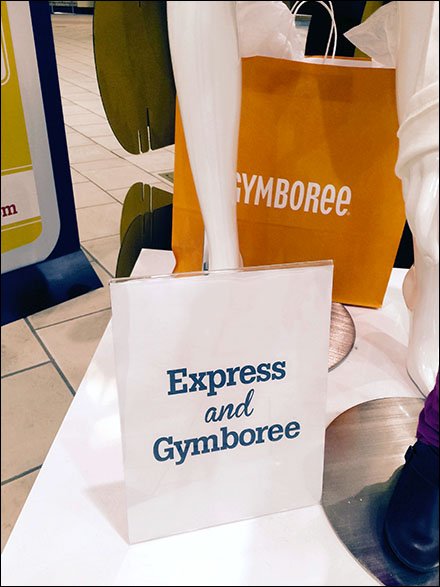 This Express Retail Fixtures and Display index page aggregates links to all post and photos of the brand’s retail merchandising and outfitting.

BACKSTORY: Express, Inc. is an American fashion retailer that caters mainly to young women and men. The company is headquartered in Columbus, Ohio.[1] Express operates 641 stores in the United States, Canada, and Puerto Rico. Its revenue was US$ 2.35 billion in fiscal year 2016.[3]

Limited Brands, in 1980, opened the first Express store, [4] as women’s clothier “Limited Express” in Chicago‘s Water Tower Place. [5] Former CEO Michael Weiss joined the brand in 1981 when the test expanded to include eight stores. By 1986, Express had 250 stores strong and began testing the sale of men’s merchandise in 16 stores the following year. The men’s fashion line was spun off into its own brand, Structure, in 1989.

In 2001, Express became a dual gender brand with the reintegration of its Structure stores as “Express Men”. Dual gender Express stores began opening the following year. Structure apparel brand was sold to Sears in 2003.[6]

On May 16, 2007, Limited Brands announced its intent to sell a 67% stake in Express to an affiliate of a private equity firm called Golden Gate Capital Partners, based in San Francisco. [7] When the sale was finalized in July 2007, Golden Gate’s stake in the company was 75% instead of the announced 67%.

In May 2017, the company announced that they would be closing all 17 Canadian locations, laying off 340 employees.[10]

In April 2008, Express released a limited women’s collection designed by Celia Birtwell. In early 2009, replacing the discontinued DPD jeans; Express introduced its newest denim line, Rerocks, in both women’s and in men. Just like the DPD jeans, Rerocks also have stitching on the back pockets and the materials are different.

In 2009, Express denim line was expanded with its extra low-rise Zelda jeans as well as introducing two new styles. One is a women’s denim, barely boot-cut in either the low-rise Zelda or the regular-rise Stella. The other is the men’s denim Zach, which is an extra-slim fit.

Express jeans come in different washes from darkest to lightest and fits from loose to tight.

Men’s Made to #Express You Display