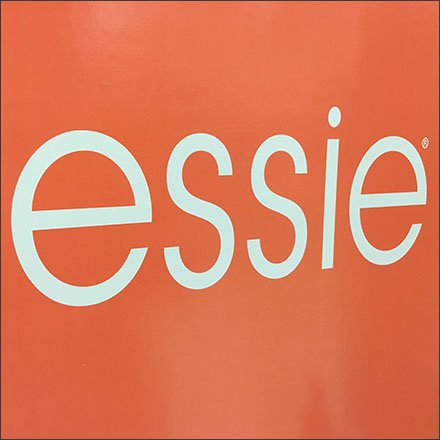 SCROLL DOWN FOR PHOTOS AND LINKS…
…to Essie Nail Polish Display

This Essie Nail Polish Display index page aggregates links
to all post and photos of retail merchandising, display, and outfitting
as well as deep Background courtesy of Wikipedia.

Weingarten, born in 1949, began her career in the cosmetics industry in 1981 when she premiered 12 fashion nail polish colors in Las Vegas, Nevada. She then began distributing her polishes to many salons across the country,[2] and then internationally through distributors in several countries.[3][4] The company was sold to L’Oreal in 2010.[5] (SOURCE: Wikipedia)

Essie is a given name and nickname/hypocorism usually used as a feminine name. As a standalone name, Essie can be found in several languages, including Romance, Germanic, and Persian ones. In each case, the name means “star.”[1] As a nickname, it is used as a short form of several names, including Esther, Estelle, Celeste, Leslie, Lesley, and Esmeralda.[1][2] In the United States, the name reached its greatest popularity in the 1890s, peaking as the 139th most popular name for girls born during that decade.[3] By 2018, it was notable for being disproportionately used by Southerners and African Americans.[4] (SOURCE: Wikipedia)