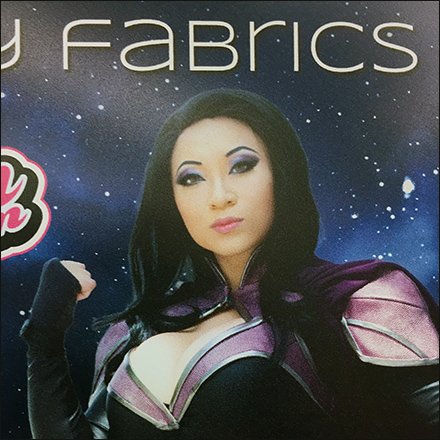 This Cosplay Store Fixtures and Cosplay Merchandising index page aggregates links
to all post and photos of retail merchandising, display, and outfitting
as well as deep Background courtesy of Wikipedia.

BACKSTORY: Cosplay (コスプレ kosupure), a contraction of the words costume play, is a hobby in which participants called cosplayers wear costumesand fashion accessories to represent a specific character.[1] Cosplayers often interact to create a subculture, and a broader use of the term “cosplay” applies to any costumed role-playing in venues apart from the stage. Any entity that lends itself to dramatic interpretation may be taken up as a subject and it is not unusual to see genders switched. Favorite sources include anime, cartoons, comic books, live-action films, television series and video games.

The rapid growth in the number of people cosplaying as a hobby since 1990s has made the phenomenon a significant aspect of popular culture in Japan and some other parts of Asia and in the Western world. Cosplay events are common features of fan conventions and there are also dedicated conventions and local and international competitions, as well as social networks, websites and other forms of media centered on cosplay activities.

The term “cosplay” was coined in Japan in 1984. It was inspired by and grew out of the practice then-known as fan costuming at science fiction conventions, beginning with the 1st World Science Fiction Convention in New York City in 1939. (SOURCE: Wikipedia)

For Cosplay Store Fixtures by Title…