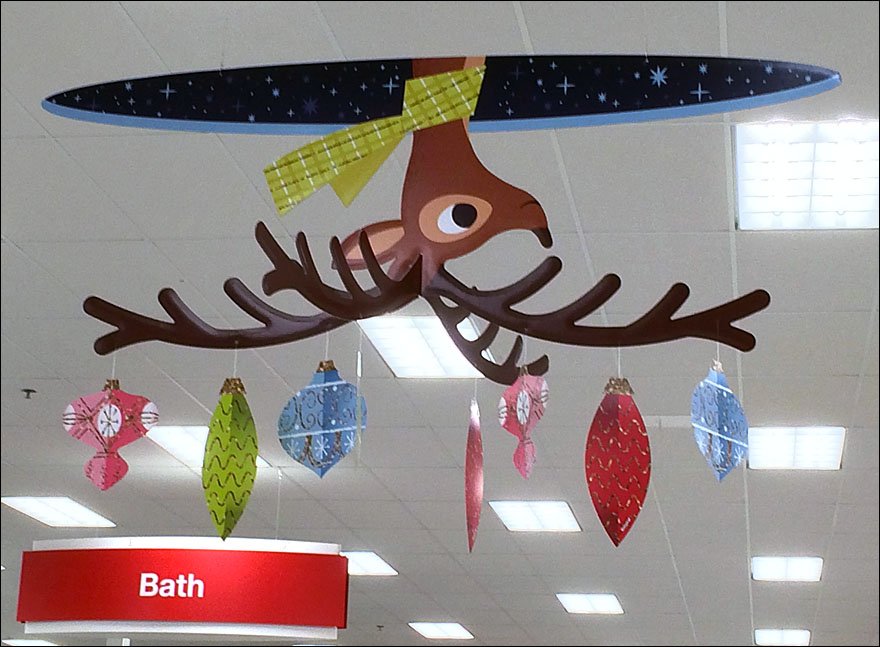 SCROLL DOWN FOR PHOTOS AND LINKS…
…to Ceiling Promotions

This Ceiling Promotions / Ceiling Signage index page aggregates links
to all post and photos of retail merchandising, display, and outfitting
as well as deep Background courtesy of Wikipedia.

BACKSTORY: A ceiling /ˈsiːlɪŋ/ is an overhead interior surface that covers the upper limits of a room. It is not generally considered a structural element, but a finished surface concealing the underside of the roof structure or the floor of a story above. Ceilings can be decorated to taste, and there are many fine examples of frescoes and artwork on ceilings especially in religious buildings.

The most common type of ceiling is the dropped ceiling, which is suspended from structural elements above. Panels of drywall are fastened either directly to the ceiling joists or to a few layers of moisture-proof plywood which are then attached to the joists. Pipework or ducts can be run in the gap above the ceiling, and insulation and fireproofing material can be placed here. (SOURCE: Wikipedia)