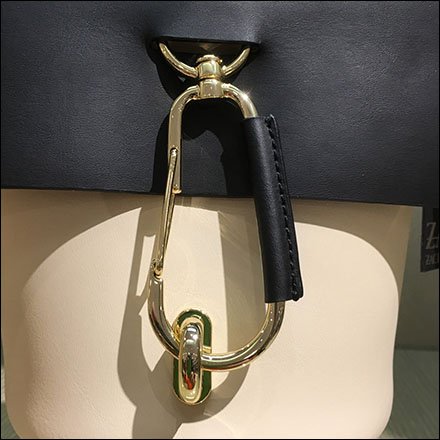 SCROLL DOWN FOR PHOTOS AND LINKS…
…to Carabiner Store Fixtures

This Carabiner Store Fixtures index page aggregates links
to all post and photos of retail merchandising, display, and outfitting
as well as deep Background courtesy of Wikipedia.

BACKSTORY: A carabiner (/kærəˈbiːnər/) or karabiner is a specialized type of shackle, a metal loop with a spring-loaded gate[1] used to quickly and reversibly connect components, most notably in safety-critical systems. The word is a shortened form of Karabinerhaken (or also short Karabiner), a German phrase for a “spring hook”[2] used by a carbine rifleman, or carabinier, to attach items to a belt or bandolier. The carabiner has been improved several times over the decades, making it more lightweight, reliable and durable.[3] (SOURCE: Wikipedia)