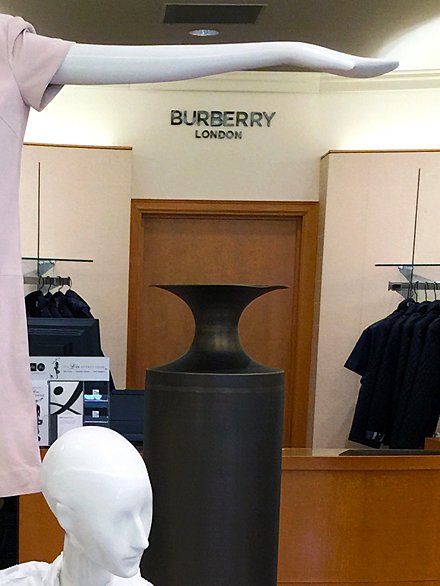 Established in 1856 by Thomas Burberry, originally focusing on the development of outdoor attire, the fashion house has moved on to the high fashion market developing and creation of the first of its kind fabric called Gabardine, which is completely breathable and waterproof, exclusively made for the brand. Developing 45 degrees unique pattern-based scarves, trench coats, and other fashion accessories. The first shop opened up in the Haymarket, London, in 1891. Burberry was an independent family controlled companyuntil 1955, when it was reincorporated. The fashion house has dressed notable actors, world leaders, musicians, and athletes.

Its distinctive check pattern has become one of its most widely copied trademarks. Burberry is most famous for its trench coat. Burberry has branded stores and franchises around the world and sells through concessions in third-party stores. Its coats were worn in the trenches of World War I by British soldiers, and for decades thereafter Burberry became so much a part of British culturethat Queen Elizabeth II and the Prince of Wales have granted the company Royal Warrants.

For Burberry Retail Fixtures by Title…