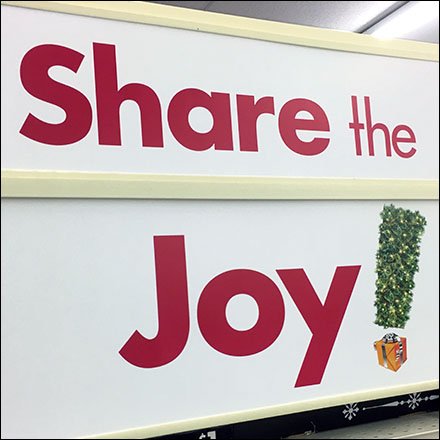 SCROLL DOWN FOR PHOTOS AND LINKS…
…to Big Lots Store Fixtures

This Big Lots Store Fixtures index page aggregates links
to all post and photos of retail merchandising, display, and outfitting
as well as deep Background courtesy of Wikipedia.

Big Lots!, Inc. is an American retail company headquartered in Columbus, Ohio. Big Lots has over 1,400 stores in 48 states.[2]

Its department stores sell a wide variety of merchandise, including packaged food and beverages, toys, furniture, clothing, housewares, and small electronics, much of which is closed out or overstocked merchandise. Many of the items in these stores sell out quickly: in the store one day, but gone the next, with no replenishments coming. Many other items, such as foodstuffs, are stocked continually.

In many cases, Big Lots! uses buildings formerly occupied by other stores. When Rite Aid Inc moved many Payless Drugstores into newly designed, stand-alone buildings, Big Lots (Pic ‘N’ Save) opened many new stores of its own in those newly vacant, open-air plaza storefronts.[3]

Consolidated Stores Corp. was an investor in the DeLorean Motor Company, which declared bankruptcyin 1982. Consolidated took possession of approximately 100 DeLorean DMC-12 models, then still at the factory in Northern Ireland, when the U.S. importer was unable to import them. This unusual excess inventory acquisition is commemorated on the Big Lots website’s “Closeout Museum” page.[5]