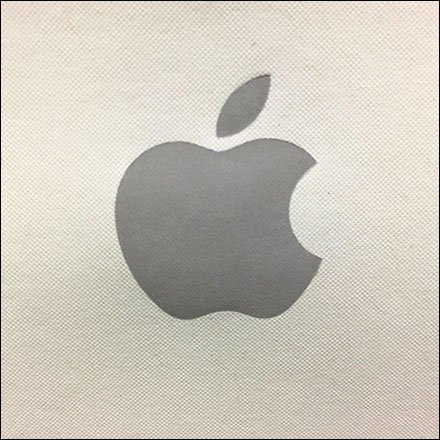 SCROLL DOWN FOR PHOTOS AND LINKS…
…to all Apple Fixtures / Apple Displays.

Apple was founded by Steve Jobs, Steve Wozniak, and Ronald Wayne in April 1976 to develop and sell personal computers. It was incorporated as Apple Computer, Inc. in January 1977, and sales of its computers saw significant momentum and revenue growth for the company. Within a few years, they had hired a staff of computer designers and had a production line. Apple went public in 1980 to instant financial success. Over the next few years, Apple shipped new computers featuring innovative graphical user interfaces, and Apple’s marketing commercials for its products received widespread critical acclaim. However, the high price tag of its products and limited software titles caused problems, as did power struggles between executives at the company. Jobs resigned from Apple and created his own company. As the market for personal computers increased, Apple’s computers saw diminishing sales due to lower-priced products from competitors, in particular those offered with the Microsoft Windows operating system. More executive job shuffles happened at Apple until then-CEO Gil Amelio in 1997 decided to buy Jobs’ company to bring him back. Jobs regained position as CEO, and began a process to rebuild Apple’s status, which included opening Apple’s own retail stores in 2001, making numerous acquisitions of software companies to create a portfolio of software titles, and changed some of the hardware technology used in its computers. It again saw success and returned to profitability. In January 2007, Jobs announced that Apple Computer, Inc. would be renamed Apple Inc. to reflect its shifted focus toward consumer electronics, and announced the iPhone, which saw critical acclaim and significant financial success. In August 2011, Jobs resigned as CEO due to health complications, and Tim Cook became the new CEO. Two months later, Jobs died, marking the end of an era for the company. (SOURCE: Wikipedia)