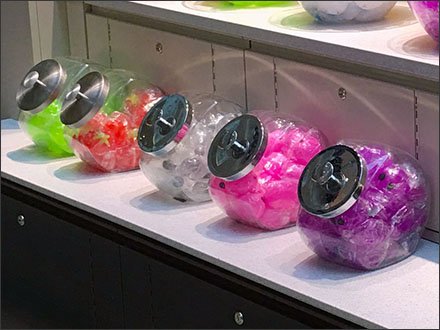 SCROLL DOWN FOR PHOTOS AND LINKS…
…to Apothecary Store Fixtures

This Apothecary Store Fixtures index page aggregates links
to all posts and photos of retail merchandising, display, and outfitting
as well as deep Background courtesy of Wikipedia.

BACKSTORY: Apothecary /əˈpɒθᵻkəri/ is one term for a medical professional who formulates and dispenses materia medica to physicians, surgeons and patients. The modern pharmacist (also colloquially referred to as a chemist in British English) has taken over this role and in some languages and regions the word is still used to refer to a retail pharmacy or a pharmacist who owns one. The apothecaries’ investigation of herbal and chemical ingredients was a precursor to the modern sciences of chemistry and pharmacology.[1]

In addition to dispensing medicines, the apothecary offered general medical advice and a range of services that are now performed by other specialist practitioners, such as surgeons and obstetricians.[2] Apothecary shops sold ingredients and the medicines they prepared wholesale to other medical practitioners, as well as dispensing them to patients.[3] In 1600s England, they also controlled the trade of tobacco which was imported as a medicine.[4]

In some languages the word “apothecary” is still used for designating a pharmacist/chemist, such as German and Dutch (Apotheker)[6] and Luxembourgish (Apdikter).[7] Likewise, “pharmacy” translates as “apotek” and “apteekki” in the Scandinavian (Danish, Norwegian, Swedish, Finnish),[8] and some Slavic languages such as Bosnian “apoteka”, Serbian “апотека”, Russian and Ukrainian “аптека” (pronounced “apteka”).

Use of the term “apothecary” in the names of businesses varies with time and location. In some areas of the United States it has experienced a nostalgic revival and been used for a wide variety of businesses, while in other areas such as California its use is restricted to licensed pharmacies.[9]

Many recipes included herbs, minerals, and pieces of animals (meats, fats, skins) that were ingested, made into paste for external use, or used as aromatherapy. Some of these are similar to natural remedies used today, including catnip,[30] chamomile, fennel, mint, garlic and witch hazel.[31] Many other ingredients used in the past such as urine, fecal matter, earwax, human fat, and saliva, are no longer used and are generally considered ineffective or unsanitary.[32]

For all Apothecary Store Fixtures and Merchandising resources…