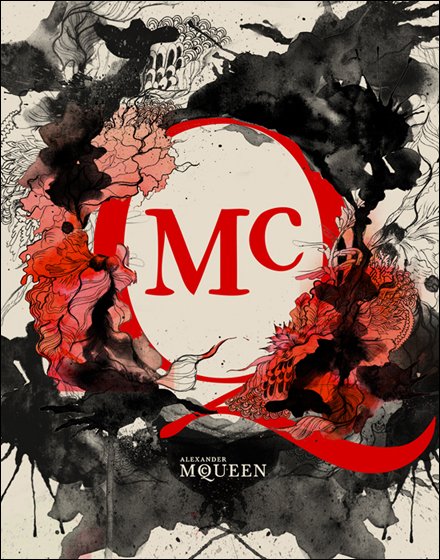 Alexander McQueen Retail Fixtures Backstory: Lee Alexander McQueen, CBE (17 March 1969 – 11 February 2010) was a British fashion designer and couturier. He is known for having worked as chief designer at Givenchy from 1996 to 2001 and for founding his own Alexander McQueen label. His achievements in fashion earned him four British Designer of the Year awards (1996, 1997, 2001 and 2003), as well as the CFDA’s International Designer of the Year award in 2003. McQueen died by suicide in 2010 at the age of forty.

Born on 17 March 1969 in Lewisham, London, to Scottish taxi driver Ronald and social science teacher Joyce, McQueen was the youngest of six children. He reportedly grew up in a council flat, but, in fact, the McQueens moved to a terraced house in Stratford in his first year. He attended Carpenters Road Primary School, started making dresses for his three sisters at a young age, and announced his intention to become a fashion designer.

McQueen later attended Rokeby School and left aged 16 in 1985 with one O-level in art, going on to serve an apprenticeship with Savile Row tailors Anderson & Sheppard, before joining Gieves & Hawkes and, later, the theatrical costumiers Angels and Bermans. While serving his apprenticeship, McQueen attended the Rosetta Art Centre led by Yvonne Humble, who also wrote his reference that saw him go straight on to an MA course at Central St Martins. The skills he learned as an apprentice on Savile Row helped earn him a reputation in the fashion world as an expert in creating an impeccably tailored look.

While on Savile Row, McQueen’s clients included Mikhail Gorbachev and Prince Charles. At the age of 20, he spent a period of time working for Koji Tatsuno before travelling to Milan, Italy and working for Romeo Gigli.

McQueen returned to London and applied to Central Saint Martins College of Art and Design, to work as a pattern cutter tutor. Because of the strength of his portfolio he was persuaded by Bobby Hillson, the Head of the Masters course, to enroll in the course as a student.] He received his master’s degree in fashion design and his 1992 graduation collection was bought in its entirety by influential fashion stylist Isabella Blow, who was said to have persuaded McQueen to become known as Alexander (his middle name) when he subsequently launched his fashion career. Isabella Blow paved the way for Alexander McQueen using her unique style and contacts to help him she was in many ways his mentor. It was during this period that McQueen relocated to Hoxton, which housed other new designers, including Hussein Chalayan and Pauric Sweeney. It was shortly after creating his second collection,”McQueen’s Theatre of Cruelty”, that McQueen met Katy England, his soon to be “right hand woman”, when outside of a “high profile fashion show” trying to “blag her way in”. He promptly asked her to join him for his third collection, “The Birds” at Kings Cross, as “creative director”. Katy England continued to work with McQueen thereafter, greatly influencing his work – his “second opinion”.

McQueen designed the wardrobe for David Bowie‘s tours in 1996-1997, as well as the Union Jack coat worn by Bowie on the cover of his 1997 album Earthling. Icelandic singer Björk sought McQueen’s work for the cover of her album Homogenic in 1997. McQueen also directed the music video for her song “Alarm Call” from the same album and later contributed the iconic topless dress to her video for “Pagan Poetry”. McQueen also collaborated with dancer Sylvie Guillem, director Robert Lepage and choreographer Russell Maliphant, designing wardrobe for theater show “Eonnagata”, directed by Robert Lepage. The film “Sylvie Guillem, on the edge” produced by French production company A DROITE DE LA LUNE, traces whole history of the creation of the show, from first rehearsals which took place in Quebec until world premiere which was held in 2008 at Sadler’s Wells theatre in London.

McQueen’s early runway collections developed his reputation for controversy and shock tactics (earning the title “l’enfant terrible” and “the hooligan of English fashion”), with trousers aptly named “bumsters” and a collection titled “Highland Rape”. In 2004, journalist Caroline Evans also wrote of McQueen’s “theatrical staging of cruelty”, in 032c magazine, referring to his dark and tortured renderings of Scottish history. McQueen was known for his lavish, unconventional runway shows: a recreation of a shipwreck for his spring 2003 collection; spring 2005’s human chess game; and his autumn 2006 show “Widows of Culloden”, which featured a life-sized hologram of supermodel Kate Moss dressed in yards of rippling fabric.

McQueen has been credited with bringing drama and extravagance to the catwalk. He used new technology and innovation to add a different twist to his shows and often shocked and surprised audiences. The silhouettes that he created have been credited for adding a sense of fantasy and rebellion to fashion. McQueen became one of the first designers to use Indian models in London.

McQueen Scarf Skull on an S-Hook