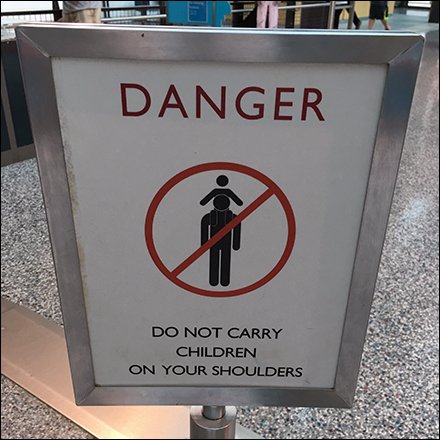 SCROLL DOWN FOR PHOTOS AND LINKS…
…to Aerospace Museum Retail Fixtures

This Aerospace Museum Retail Fixtures index page aggregates links
to all post and photos of retail merchandising, display, and outfitting
as well as deep Background courtesy of Wikipedia.

BACKSTORY: The National Air and Space Museum of the Smithsonian Institution, also called the NASM, is a museum in Washington, D.C.. It was established in 1946 as the National Air Museum and opened its main building on the National Mall near L’Enfant Plaza in 1976. In 2016, the museum saw approximately 7.5 million visitors, making it the third most visited museum in the world, and the most visited museum in the United States. [3] The museum contains the Apollo 11 command module, the Friendship 7 capsule which was flown by John Glenn, Charles Lindbergh‘s Spirit of St. Louis, the Bell X-1 which broke the sound barrier, and the Wright brothers‘ plane near the entrance.

The National Air and Space Museum is a center for research into the history and science of aviation and spaceflight, as well as planetary science and terrestrial geology and geophysics. Almost all space and aircraft on display are originals or the original backup craft. It operates an annex, the Steven F. Udvar-Hazy Center, at Dulles International Airport, which opened in 2003 and itself encompasses 760,000 square feet (71,000 m2). The museum currently conducts restoration of its collection at the Paul E. Garber Preservation, Restoration, and Storage Facility in Suitland, Maryland, while steadily moving such restoration and archival activities into the Mary Baker Engen Restoration Hangar, a part of the Udvar-Hazy annex facilities as of 2014. (SOURCE: Wikipedia)