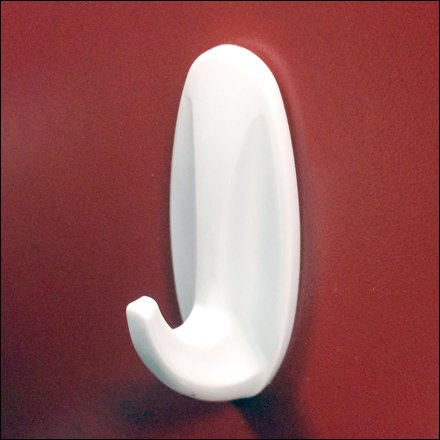 This 3M Command Strip Retail Fixtures index page aggregates links
to all posts and photos of retail merchandising, display, and outfitting
as well as deep Background courtesy of Wikipedia.

The 3M Company, formerly known as the Minnesota Mining and Manufacturing Company, is an American multinational conglomerate corporation based in Maplewood, Minnesota, a suburb of St. Paul.[2]

Five businessmen founded 3M in Two Harbors, Minnesota, in 1902.[5] Originally a mining venture, the goal was to mine corundum, but this failed because the mine’s mineral holdings were anorthosite, which had no commercial value.[5] Co-founder John Dwan solicited funds in exchange for stock and Edgar Ober and Lucius Ordway took over the company in 1905.[5] The company moved to Duluth and began research and producing sandpaperproducts.[5] William L. McKnight, later a key executive, joined the company in 1907, and A. G. Bush joined in 1909.[5] 3M finally became financially stable in 1916 and was able to pay dividends.[5]

The company moved to St. Paul in 1910, where it remained for 52 years before outgrowing the campus and moving to its current headquarters at 3M Center in Maplewood, Minnesota in 1962.[6]The new Maplewood campus is 475 acres (1.92 km2) and has over 50 buildings, including an Innovation Center that displays products 3M has taken to market.

The company began by mining stone from quarries for use in grinding wheels. Struggling with quality and marketing of its products, management supported its workers to innovate and develop new products, which became its core business.[7] Twelve years after its inception, 3M developed its first exclusive product: Three-M-ite cloth. Other innovations in this era included masking tape, waterproof sandpaper, and Scotch brand tapes. By 1929, 3M had made its first moves toward international expansion by forming Durex to conduct business in Europe. The same year, the company’s stock was first traded over the counter and in 1946 listed on the New York Stock Exchange (NYSE). The company is currently a component of the Dow Jones Industrial Average and of the S&P 500. (SOURCE: Wikipedia)

Branded Back Tags for Zip Ties by 3M

Also see Picture Hook use at…..