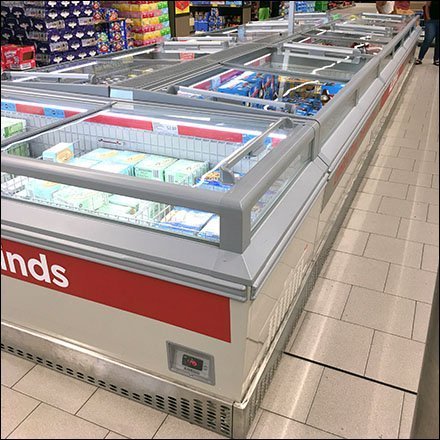 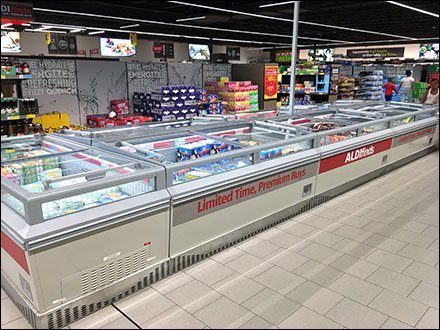 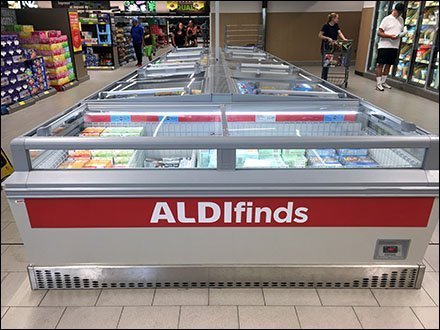 One cannot appreciate the true size of outfitting and offerings that go together to make this Aldi Massive Coffin Case Cooler Department. Any one Coffin Case seems to be twice the physical size of ordinary floor coolers. Though I must admit the slightly lower than normal height contributes to the impression that these just stretch off into the distance. The larger footprint allows greater selection. Glass Top Cooler Doors help insure efficiency yet visibility. This Aldi Massive Coffin Case Cooler Department seen at the Valmont Plaza store.