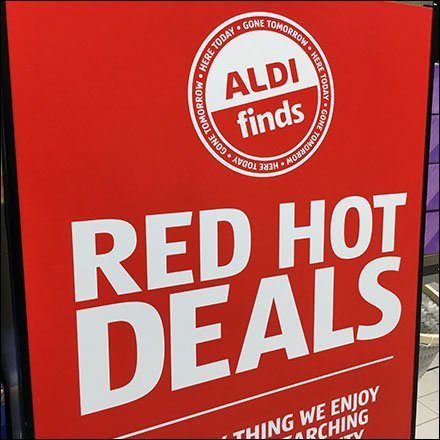 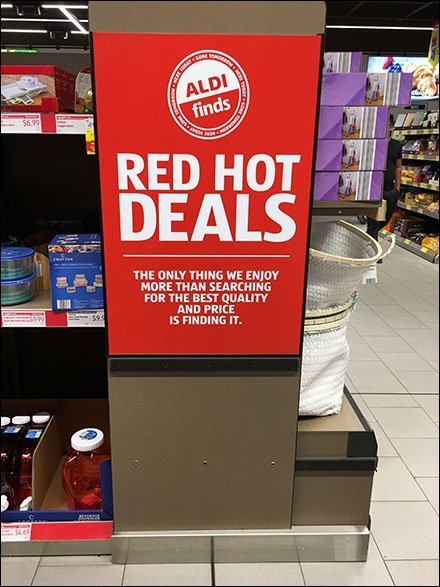 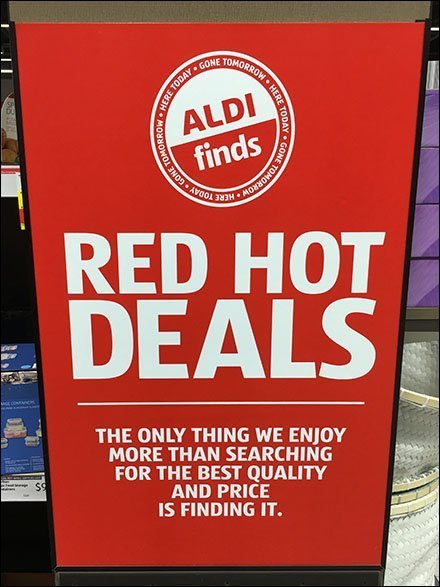 How appropriate to find this Aldi Red-Hot-Deals On Quality Promo on the Aldi branded red substrate. The Aldi Finds Here-Today-Gone-Tomorrow icon is included, though it appears as a full-size promotion of its own elsewhere in the store. Subtext tells that Aldi loves finding deals just for you. This Aldi Red-Hot-Deals On Quality Promise one of a number of self promotions across the store.