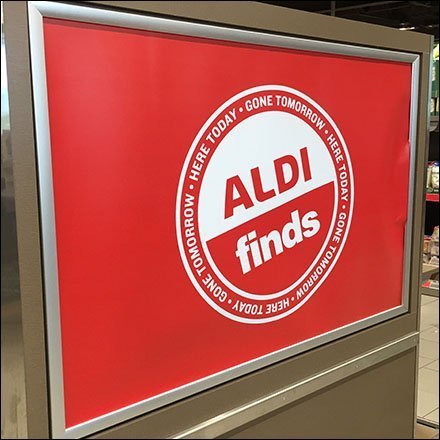 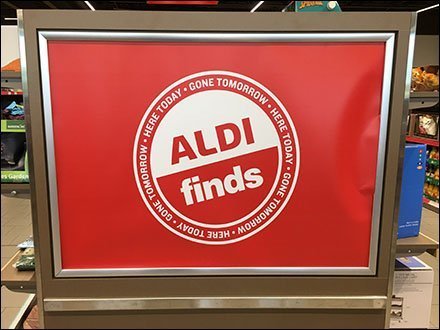 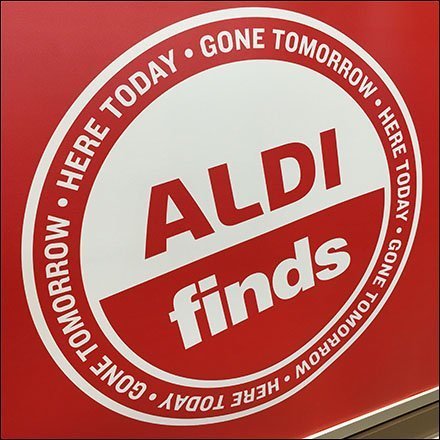 Aldi Finds is the key component of this Aldi Finds Here-Today-Gone-Tomorrow Endcap Sign. Because of the great pricing and value, they truly are “Finds.” The here-to-day-gone-tomorrow documents the ephemeral nature of the “Find.” Better grab it while you can and even stock up. Also, be sure to shop again to discover new “Finds.” This Aldi Here-Today-Gone-Tomorrow Endcap covers both aspects of the deal.