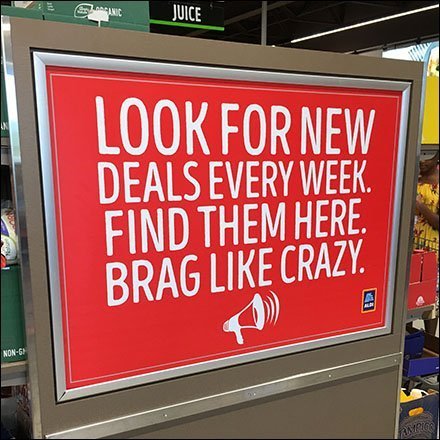 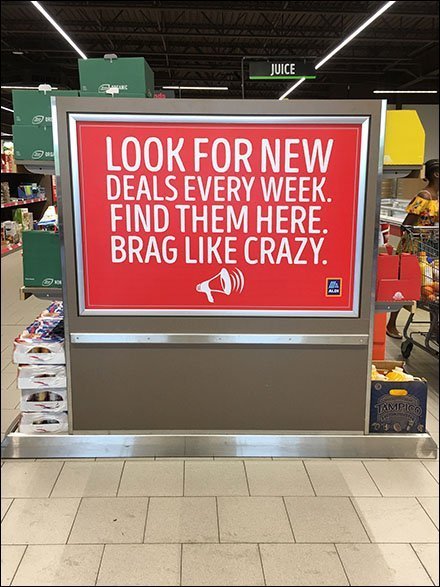 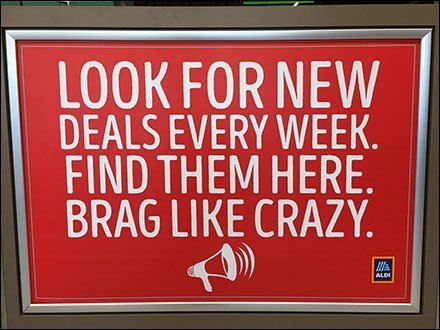 This Aldi Deals Brag In-Store Promotion encourages shoppers to be proud of the savings they find for themselves here. And brag about it too. Make sure your family and friends know you work hard to provision all with the best at the lowest price. This Aldi Deals Brag In-Store Promotion seen just inside the entrance as an advisory as you start your shopping.