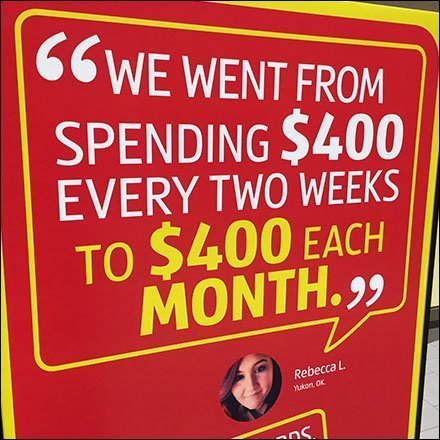 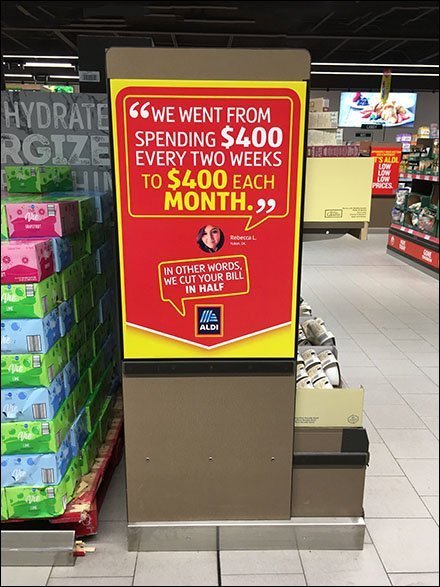 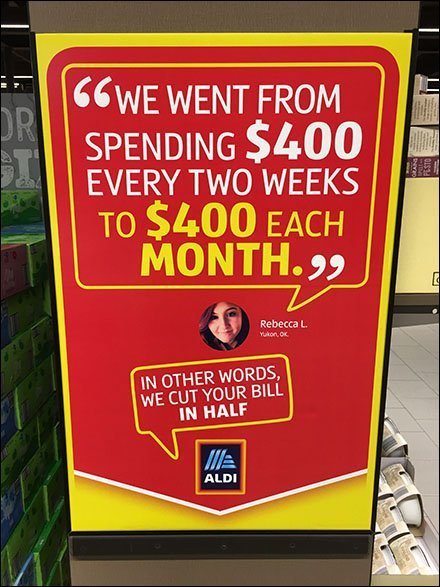 This Aldi Budget Savings Testimonial In-Store gives but one example of the value of Aldi shopping. Rebecca L went from spending $400 every two weeks to $400 a month on her grocery bill. That’s like doubling the value of your money. This Aldi Budget Savings Testimonial In-Store helps the retailer get the word out using a specific real-world example.

Compare and contrast in-store testimonials at…