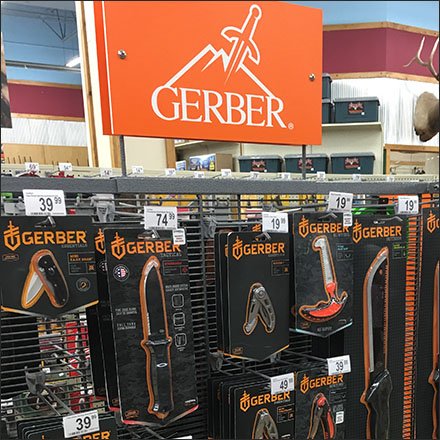 Fend For Yourself Gerber Knife Display 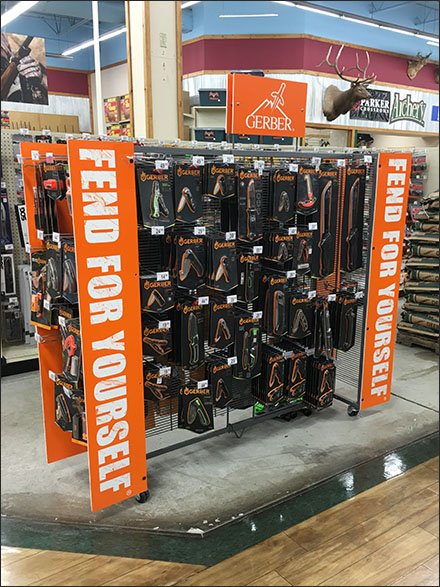 Fend For Yourself Gerber Knife Display

This Fend For Yourself Gerber Knife Display implies an independent lifestyle, as well as indicating that shoppers are to do so in selecting their knives. A large island display allows for presentation of a greater variety of blades, up to and including Bowie Knives and Machetes. Also mixed in as cross sells are accessories and knife sharpening apparatus. I’m not sure if offerings extend as far as fighting knives, stilettos, bayonets, and sling blades. You may have to contact the manufacturer for those. Consider the 1” Grid display with built-in PowerWings in the gallery of slideshow images. This Fend For Yourself Gerber Knife Display, seen at Gander Mountain, now Gander Outdoors.

BACKSTORY: Gander Outdoors, originally Gander Mountain, Inc., headquartered in St. Paul, Minnesota, is a retail network of stores for hunting, fishing, camping, and other outdoor recreation products and services. Gander Mountain Incorporated began as a catalog-based retailer in Wilmot, Wisconsin. Wilmot is located near Gander Mountain, the highest point in Lake County, Illinois a short distance across the state line. As of March 2017 the chain had 162 stores in 27 states,[2] making it the largest chain of outdoors specialty stores in the United States.[3] On January 4, 2018, Camping World announced an official list of stores that will reopen under the new Gander Outdoors branding, where 69 stores will open. (SOURCE: Wikipedia)