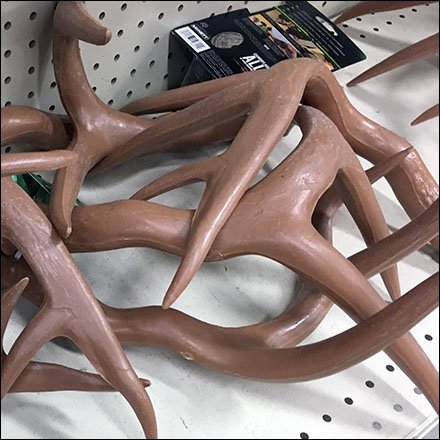 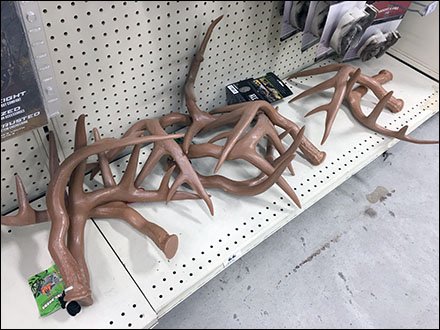 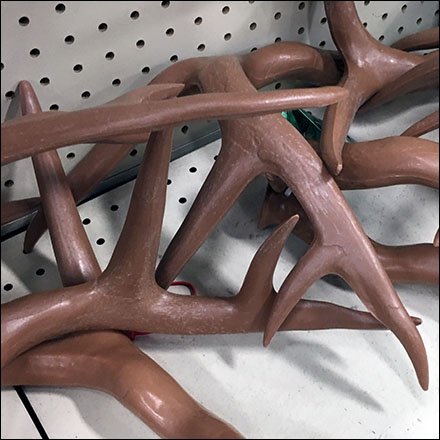 Should you need a trophy without the fuss, bother, and blood of hunting consider this Base Deck Faux Antler Merchandising. The retail fixture quandary is what manner of bin or shelf dividers might aid in presentation. As that question is pondered and the appropriate outfitting shipped in, loose, random display on Base Deck is the order of the day. This Base Deck Faux Antler Merchandising seen at Gander Mountain, now Gander Outdoors.

BACKSTORY: Gander Outdoors, originally Gander Mountain, Inc., headquartered in St. Paul, Minnesota, is a retail network of stores for hunting, fishing, camping, and other outdoor recreation products and services. Gander Mountain Incorporated began as a catalog-based retailer in Wilmot, Wisconsin. Wilmot is located near Gander Mountain, the highest point in Lake County, Illinois a short distance across the state line. As of March 2017 the chain had 162 stores in 27 states,[2] making it the largest chain of outdoors specialty stores in the United States.[3] On January 4, 2018, Camping World announced an official list of stores that will reopen under the new Gander Outdoors branding, where 69 stores will open. (SOURCE: Wikipedia)