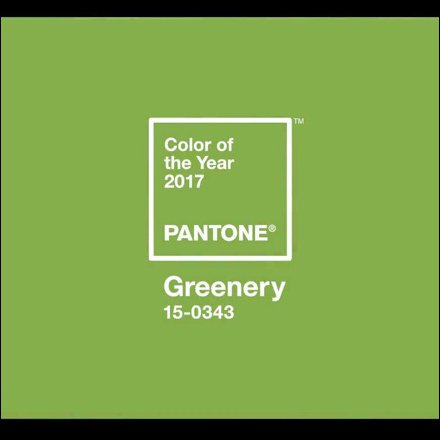 Greenery: Pantone Color Of The Year 2017 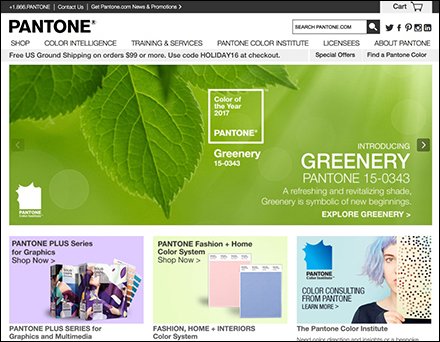 Greenery: Pantone Color Of The Year 2017

What better way to start the year than Greenery: Pantone Color Of The Year 2017 … a fresh new color from world-famous Pantone? Rather than hearing me wax poetic, please get details of this perky color from Pantone direcly via the backstory below.

BACKSTORY: A refreshing and revitalizing shade, Greenery is symbolic of new beginnings. Greenery is a fresh and zesty yellow-green shade that evokes the first days of spring when nature’s greens revive, restore and renew. Illustrative of flourishing foliage and the lushness of the great outdoors, the fortifying attributes of Greenery signals consumers to take a deep breath, oxygenate and reinvigorate. Greenery is nature’s neutral. The more submerged people are in modern life, the greater their innate craving to immerse themselves in the physical beauty and inherent unity of the natural world. This shift is reflected by the proliferation of all things expressive of Greenery in daily lives through urban planning, architecture, lifestyle and design choices globally. A constant on the periphery, Greenery is now being pulled to the forefront – it is an omnipresent hue around the world. A life-affirming shade, Greenery is also emblematic of the pursuit of personal passions and vitality. (Source: Pantone).

For all Pantone posts and related see…

For other color systems and recommendations see…

For a Pantone overview see…